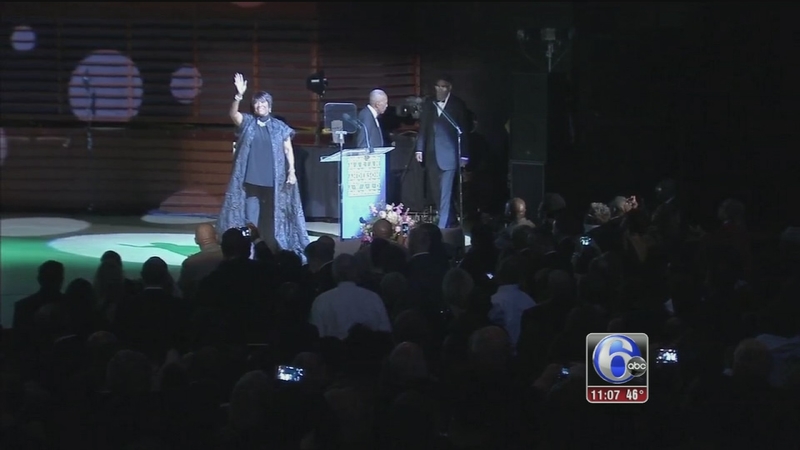 CENTER CITY (WPVI) -- The 2016 Marian Anderson Award gala was a star studded event for some of Philadelphia's best talent.

The night was filled with great music from R&B bands like the Soul Survivors and the Three Degrees.

All performed in honor of groundbreaking musical icons and this year's honorees: top diva Patti LaBelle and legendary songwriting and producing duo Kenny Gamble and Leon Huff, the founders of Philadelphia international records

Action News was a proud broadcasting partner of the event which was emceed by our very own Monica Malpass.

"This is a tribute to three Philadelphia legends artists who have helped to shape American popular music as we know it right here in Philadelphia and around the world," Monica said.

The award, named in honor of distinguished Philadelphian Marian Anderson, is presented to critically acclaimed artists who have made a mark in their respective industries.