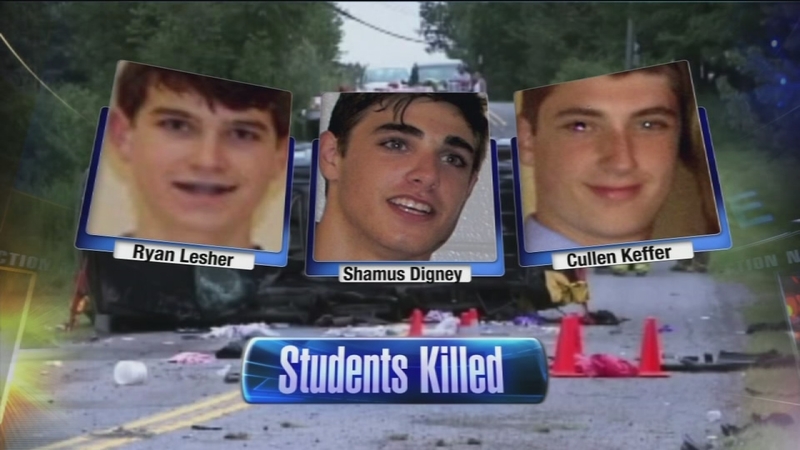 HOLLAND, Pa. (WPVI) -- Investigators say a 15-year-old girl from Westchester, New York was behind the wheel of an SUV that crashed over Labor Day weekend in the Poconos, killing three teens from Bucks County.

The Wayne County District Attorney's Office said the vehicle, a 2001 Chevy Suburban, belonged to her parents - who own a home in the Wallenpaupack Lake Estates development. She did not have permission to take the SUV, sources told Action News.

Police say she, and a 16-year-old girl, also from Westchester, New York, picked up four teens from Bucks County and headed out for breakfast late Saturday morning.

On the way back, the SUV was involved in a single-vehicle crash near Lake Wallenpaupack in Wayne County.

Killed in the crash were Ryan Lesher, Shamus Digney, and Cullen Keffer. All three 15-year-olds were set to enter their sophomore year at Council Rock South High School.

A fourth teen from Bucks County, a friend of those killed in the crash, survived. He was treated and released from the hospital.

The 15-year-old girl and 16-year-old girl survived the crash, were treated and released, and are cooperating with police in the investigation, police say.

Police say speed played a factor in the crash. Sources say there were no outward signs of alcohol or drug use.

Those sources added that numerous charges are pending as the investigation continues. Those charges will be filed in juvenile court, the DA says. 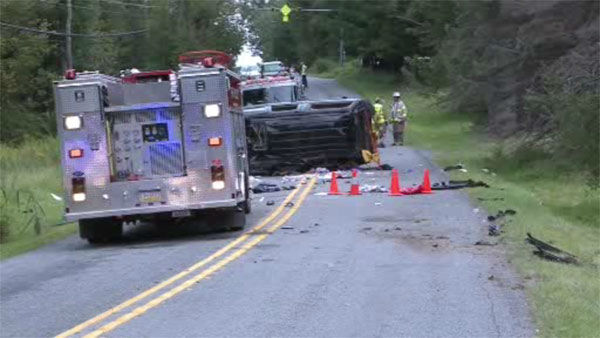 Mike Lesher says to put it simply, there was something special about his nephew Ryan.

"When he smiled, the room got brighter. We're going to miss him terribly, but we feel blessed because we had him for 15 years," he said.

"Ryan was an awesome young man, full of energy and full of vitality. He loved God," he said.

The family of Shamus told Action News that he was the youngest of eight children. He played both basketball and football at Council Rock.

Cullen was also an athlete and played lacrosse.

The school's team tweeted Sunday night from @CRSHawksLax "To all those showing Cullen love on here tonight, we can't thank you enough. We are heartbroken, but your kind words will help get us thru"

He says he will remember them as bright, charming, and athletic young men who involve themselves in a number of school activities.