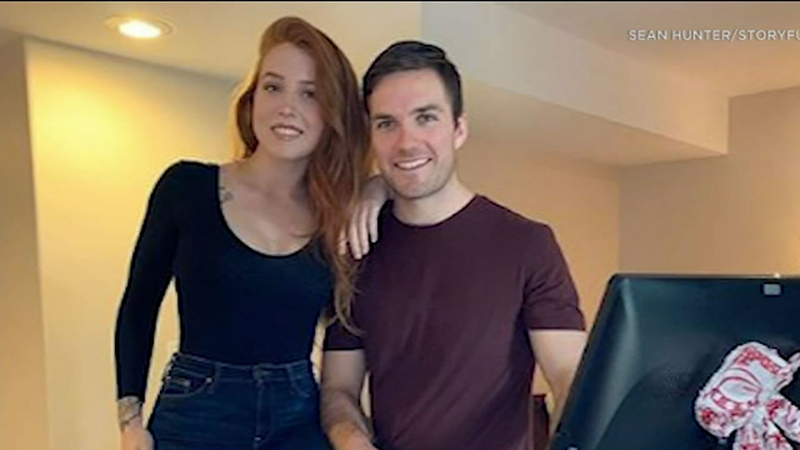 The actor who played the husband who gives his wife a Peloton in a polarizing ad has made a bold move.

Actor Sean Hunter gifted his real-life girlfriend one of the exercise bikes for Christmas.

He shared a photo on Instagram with the caption:

"Here's hoping this goes over better the second time.... Merry Christmas to my actual girlfriend (pls don't leave me)"

The company's original ad shows his on-screen wife looking back after using the Peloton for a year and marveling at her progress.

"A year ago I didn't realize how much this would change me, thank you," she says as her partner looks on with approval.

Social media users were divided by the ad, with some saying it seemed sexist and sourly noting they wouldn't appreciate a gift from their spouse that sends the message they need to exercise more.

Hunter spoke out recently about the ad, saying the intent was positive and that his character was just trying to promote a healthy lifestyle.

Monica Ruiz, the actress who played the "Peloton wife" has also spoken out, saying she similarly did not expect such backlash. But she also had some fun with the controversy, making an ad for Ryan Reynolds' Aviation Gin in which she appears stunned at a bar with friends - the unspoken message being that she needed a drink after her husband bought her an exercise bike.