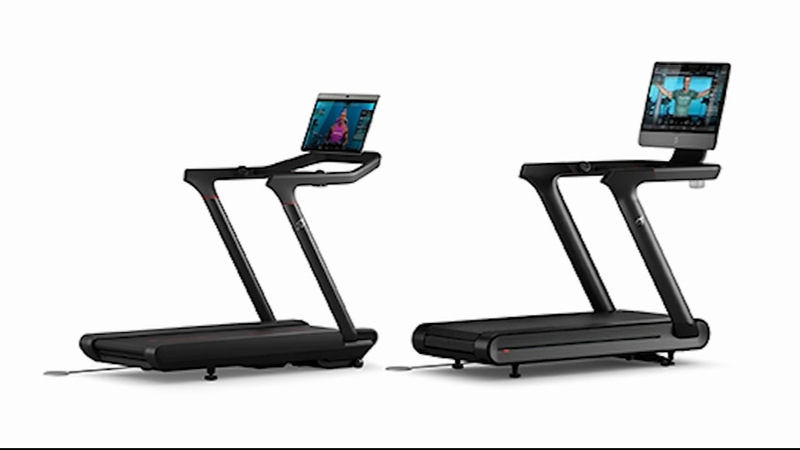 PHILADELPHIA (WPVI) -- Peloton is recalling its treadmills after one child died and 29 other children suffered from cuts, broken bones and other injuries from being pulled under the rear of the treadmill.

The recall states that a child could get dragged underneath a Peloton Treadmill, which weighs 455 pounds.

Goldblum has the Tread+ and three young children.

"How can I protect my family, keep them safe," she asked.

Peloton and the CPSC are urging consumers to simply stop using the treadmills immediately.

"We put a warning out a couple of weeks ago, and there were 39 incidents, and in two weeks' time, the numbers almost doubled," said Joseph Martyak of the CPSC.

"And these injuries can range from second-degree or third-degree abrasions to broken bones, or multiple fractures, lacerations or even brain injury," he said.

And tragically there's been one death.

"That's right, the worst situation of all, where there was a child death this year," he said.

When the CPSC issued its first warning, Peloton refused to take corrective action. But now, the CEO is apologizing stating, "Peloton made a mistake in our initial response to the Consumer Product Safety Commission's request that we recall the Tread+."

The Tread+ recall involves about 125,000 machines sold starting in September 2018 and originally called the Peloton Tread.

"The difference between the Tread on the Tread+ and other treadmills is the fact that it's a slated belt. So, there are different slats that close and open as it goes around like on a tank," he said.

And it is higher off the ground with no rear guard.

Peloton is offering a full refund until November 6, 2022. It will also move your treadmill to a safe space in your house, free of charge, until it can make a software improvement.

"That will basically lock the device after it's used and you won't be able to use it again, unless you use a four-digit passcode," he said.

"I think a passcode would be great. I think that's a great solution. That can make it a lot safer for families," she said.