Barkley dazzles in No. 6 Penn State's 52-0 win over Akron 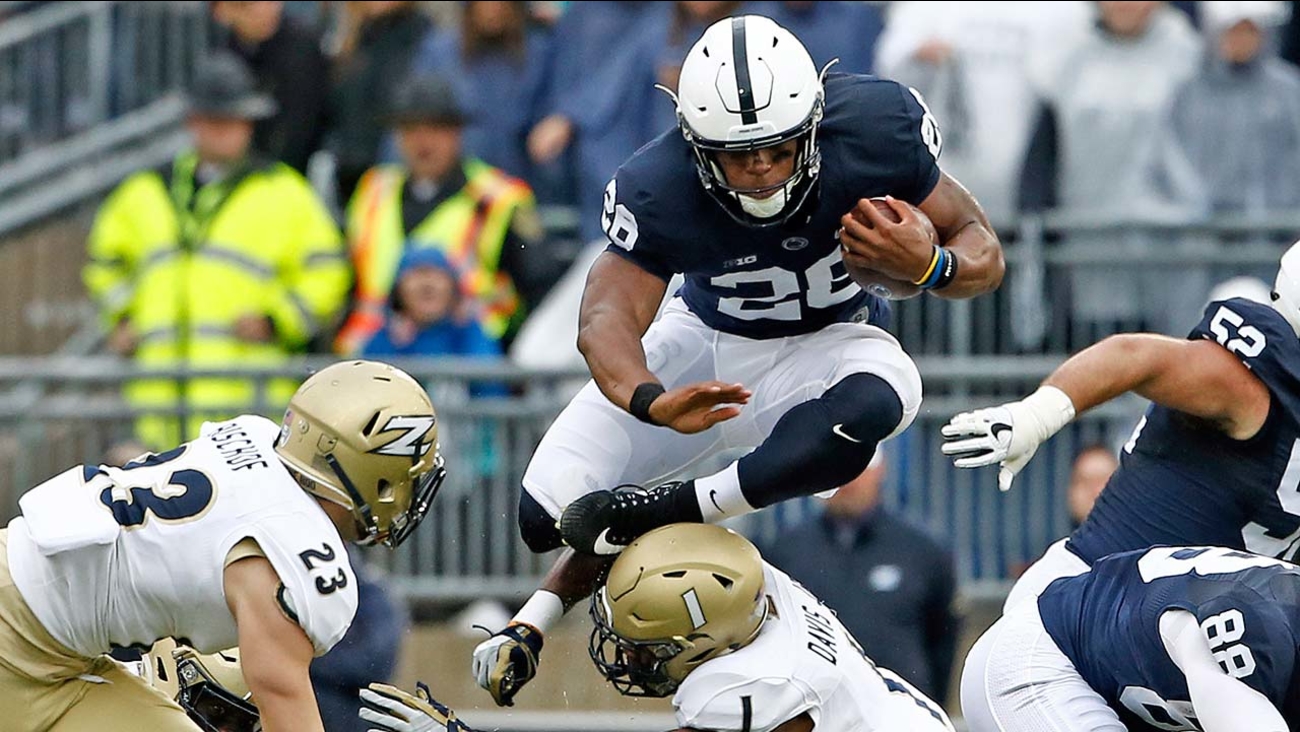 STATE COLLEGE, Pa. -- Saquon Barkley racked up 226 total yards and two touchdowns to lead No. 6 Penn State to a 52-0 win over Akron in the season opener on Saturday.

Quarterback Trace McSorley was 18 for 25 passing for 280 yards and two touchdowns to help Penn State's high-octane offense pick up where it left off when the Big Ten champions won nine of their final 10 games last season. McSorley also ran for a touchdown.

Although it rained heavily early in the game at Beaver Stadium, a soggy field and leaky Akron defense couldn't slow Penn State's pair of Heisman Trophy candidates. They combined for 371 total yards and four scores in the first half to put the game out of reach.

Much of that can be attributed to Barkley's dazzling skill.

He helped set up Penn State's touchdown when McSorley targeted him with a third-and-10 pass early in the first. Barkley, running to his left, hauled in the short toss, stopped on a dime, stutter-stepped through two defenders and cut back across the field, where he eluded three more for a 17-yard gain. McSorley zipped his first touchdown pass to Gesicki two plays later.

A reloaded Penn State defense did its part. The Zips punted 11 times and quarterback Thomas Woodson was intercepted on the other drive. The Zips crossed midfield just once, needing a fourth- down stop on defense to set up favorable field position.

Akron: Despite being led by Woodson, a three-year starter, the Zips couldn't get anything going offensively and still couldn't move the ball when Kato Nelson took over at quarterback in the third. Barkley gained yards at will against an Akron defense that had no answer for his speed and quickness. The good news? The Zips won't play teams on Penn State's level every week.

Penn State: The Nittany Lions were plagued by sluggish starts and early mistakes in games last season yet still ascended. This group began the season with energy and turned in explosive plays and scores on five of their seven first-half possessions.