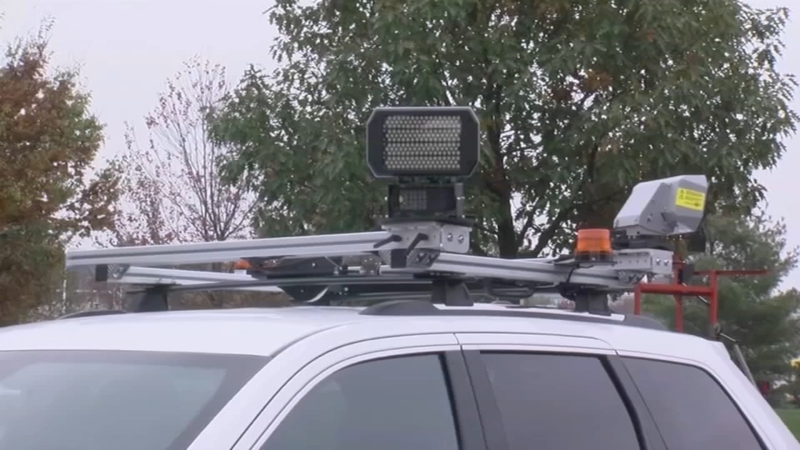 A new PennDOT pilot program will use vehicle-mounted equipment to track drivers' speeds in active work zones starting next week.

On Wednesday near Harrisburg, next to a memorial for Turnpike workers killed on the job, a new pilot program was announced by PennDOT, the PA Turnpike Commission and Pennsylvania State Police.

"This is a pilot program. So it won't be in every work zone but this will be coming to a work zone near you," said PennDOT Secretary Leslie Richards, adding that the program will focus on interstate work zones first.

This new program will use the vehicle-mounted equipment to monitor your speed as you drive through active work zones, where workers are present.

If the devices detect a speed 11 miles per hour or more over the speed limit, the registered owner of the vehicle will receive a warning the first time, and then a fine of $75 for a second offense and $150 for a third offense. Officials say the violations are civil penalties only, and no points will be assessed to drivers' licenses.

The goal, according to the state: protecting the lives of workers and drivers.

"I think it's good, I think they need to be protected," said Joe Wilson of Langhorne, Pa.

Last year 23 motorists were killed in Pennsylvania work zones according to PennDOT.

Officials say under this new program, signs will be posted letting drivers know they're being tracked. Drivers we spoke to are on board.

"I think it's a great idea," said Taylor Procter of Warrington, Pa. "This will maybe help get some of these guys home at night instead of people speeding through their zones and potential accidents."

Officials say November begins a 60-day pilot period, meaning no citations or fines will be issued.