"Have some compassion for fellow human beings," a Pennsauken police captain said.
WPVI
By Jillian Mele 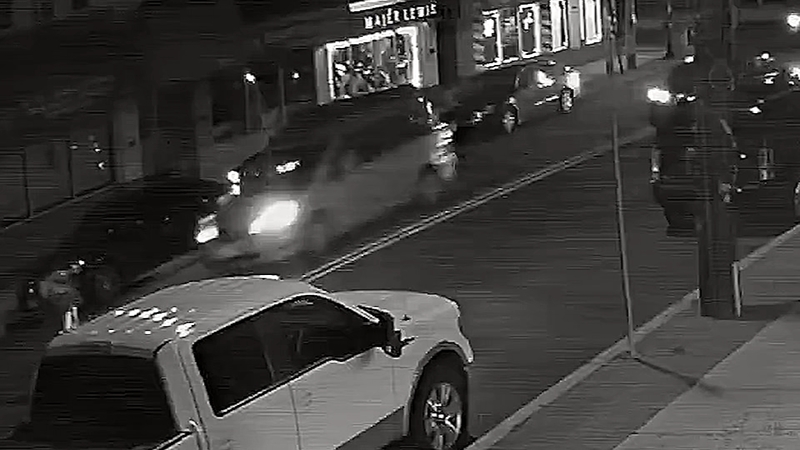 PENNSAUKEN, New Jersey (WPVI) -- There have been two fatal hit-and-run crashes in Pennsauken, New Jersey in a span of five days.

The latest happened Wednesday around 7 p.m. along Route 130 northbound near Witherspoon Ave.

Surveillance video from a nearby business shows what police are calling a "vehicle of interest."

In the video, you can see a car pull around the corner from Rt. 130 onto Witherspoon Ave. A person appears to get out of the car and, about two minutes later, they drive off.

Pennsauken Police Captain Gerry Henkel says they are looking for a four-door silver Chevy Malibu or Impala that is missing the driver's side mirror.

This isn't the only hit-and-run in Pennsauken. On January 15, around 1 a.m., 39-year-old Louis Mateo was fatally struck at Haddonfield Rd. and Marion Ave.

Police announced Friday that they arrested and charged 23-year-old Jaydon Marson-Francis of Pennsauken.

"The pedestrian was, for some reason, laying in the middle of the roadway. The vehicle came down the road, drove over, and kept going and circled around the block, came back next to the victim, and chose to drive away," said Captain Henkel.

On Friday afternoon, Action News learned the US Marshal's Task Force arrested and charged 34-year-old Luis Mercado of Cherry Hill for the hit and run accident that killed 47-year-old Mayra Polanco on December 17.

It happened on Westfield Ave. near Cove Road while Polanco was crossing the street to her apartment. She died from her injuries days later.

Pennsauken police have a message for the community.

"Have some compassion for fellow human beings. If that was someone from your family or you cared about, would you like someone to just hit them with your car and keep going?" said Henkel.