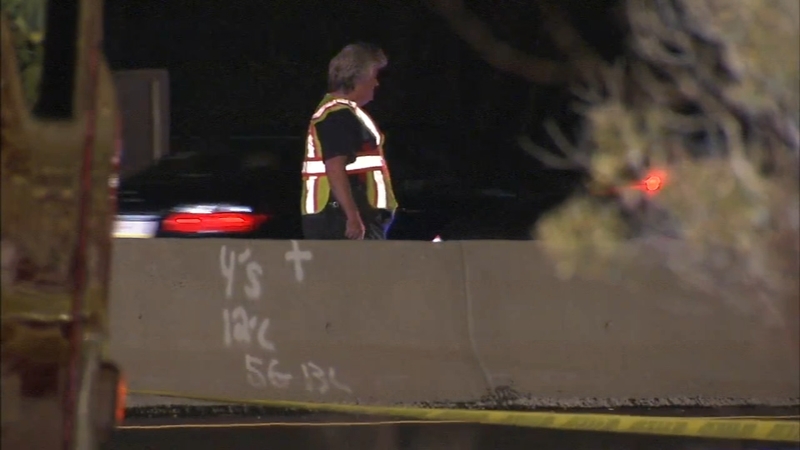 Police said two bodies found in Bensalem were from murder-suicide

BENSALEM, Pa. (WPVI) -- Police said a 60-year-old man and a 32-year-old woman were found shot to death on Interstate-95 near Woodhaven Road in Bensalem, Bucks County.

Both victims suffered gunshot wounds and were found lying close together with a gun nearby.

Following an autopsy Sunday, police classified the incident as a murder-suicide.

In a 911 call around 5:30 p.m. on Saturday, a caller reported seeing a woman running down the access road against the flow of traffic.

A nearby state trooper arrived within minutes and discovered a silver SUV with a door open on the other side of the concrete barrier on I-95 northbound.

The trooper reports hearing what appeared to be two gun shots coming from the direction of the vehicle. He said he then proceeded to the car and observed the two individuals with gunshot wounds and no vital signs. Police said the man had a semi-automatic handgun in his hand.

Late Saturday, the Pennsylvania State Police crime scene unit took photo evidence of the scene, located on the ramp near the Cornwells Heights Park and Ride.

State troopers focused their attention further down the highway, looking for evidence along the concrete barriers.

Traffic continued throughout the investigation, crawling by the scene as crews worked to process it through the night.