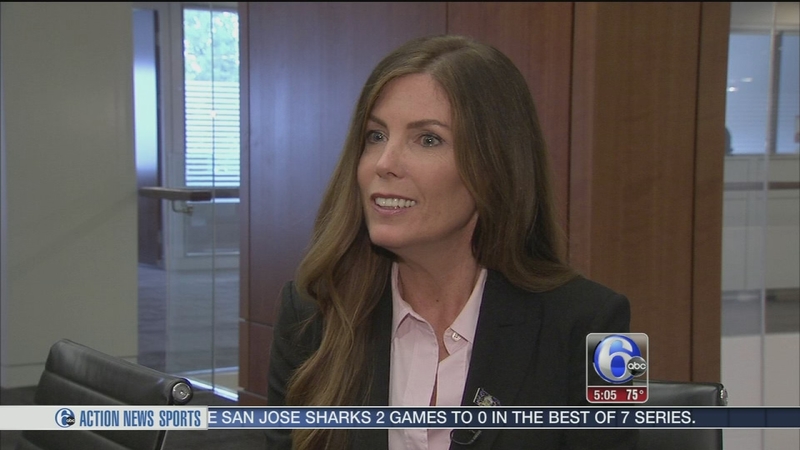 PHILADELPHIA (WPVI) -- Two years ago this month, Pennsylvania Attorney General Kathleen Kane was featured in reports calling her one of the brightest stars in the Democratic Party.

Kane sat down for an interview with Rick Williams at our studio this week to talk about what happened.

And the trials and tribulations have been many for Kane.

Her term as Pennsylvania's first elected female and Democratic attorney general has been tainted by controversy and scandal.

Kane has been charged with perjury and obstruction by the Montgomery County Prosecutor's Officer and faces a criminal trial in August.

She was the subject of impeachment hearings in Harrisburg, after her law license was revoked.

She has spearheaded the so-called "porngate" investigation after a series of lewd and inappropriate e-mails discovered on state computers.

A final report was supposed to be released this week, but has been delayed, raising suspicions about its findings.

Kane will only say the report does confirm evidence of government impropriety.

"When you have government officials, whether their judges or prosecutors or defense attorneys or law enforcement personnel, and they are looking at such misogynistic emails, you can't have that," said Kane.

Yet, with less than seven months left in office, Kane says she's in some ways looking forward to leaving the political arena, and spending more time with her two teenage sons, who've both been affected, she says, by the professional turmoil.

"I think it's been difficult on them. I've heard about some things happening in school for them, but they've handled it," said Kane. "I'm proud of the strength they've shown."

And Kane says she wants to show that she's not shying away from doing her job of fighting crime and corruption, despite the scandals.

Her one regret though, she says, is not realizing that her biggest obstacles would come from within - combating her political opponents, who she admits to definitely underestimating.

"When I said I was going to take on the good ol' boys I sure did, but I had no idea how rough and tumble they were going to be back," said Kane.