Survivor of crash that killed husband, daughters in Townsend, Delaware out of hospital

TOWNSEND, Del. (WPVI) -- The New Jersey woman who survived a crash that killed her husband and four daughters in Delaware has been released from the hospital.

53-year-old Mary Rose Ballocanag, of Teaneck, N.J., was being treated at Christiana Hospital following the July 6 crash on Route1 in Townsend, Del.

The van she and her family members were riding in was struck by a pickup truck that had swerved out of the southbound lanes and went across the grassy median.

The girls were not wearing seatbelts, police said.

The pickup truck, driven by 44-year-old Alvin Hubbard of East New Market, Maryland, also hit a car driven by 24-year-old Brian Kern of Bethlehem, Pa. Both Hubbard and Kern survived, as did a passenger in Hubbard's truck.

So far, no charges have been filed in connection with this crash.

In an interview with Action News, Kern said the crash scene looked like a "war scene."

DelDOT says it will install cable barriers on Route 1 between Odessa and Smyrna to prevent future wrong-way crashes. 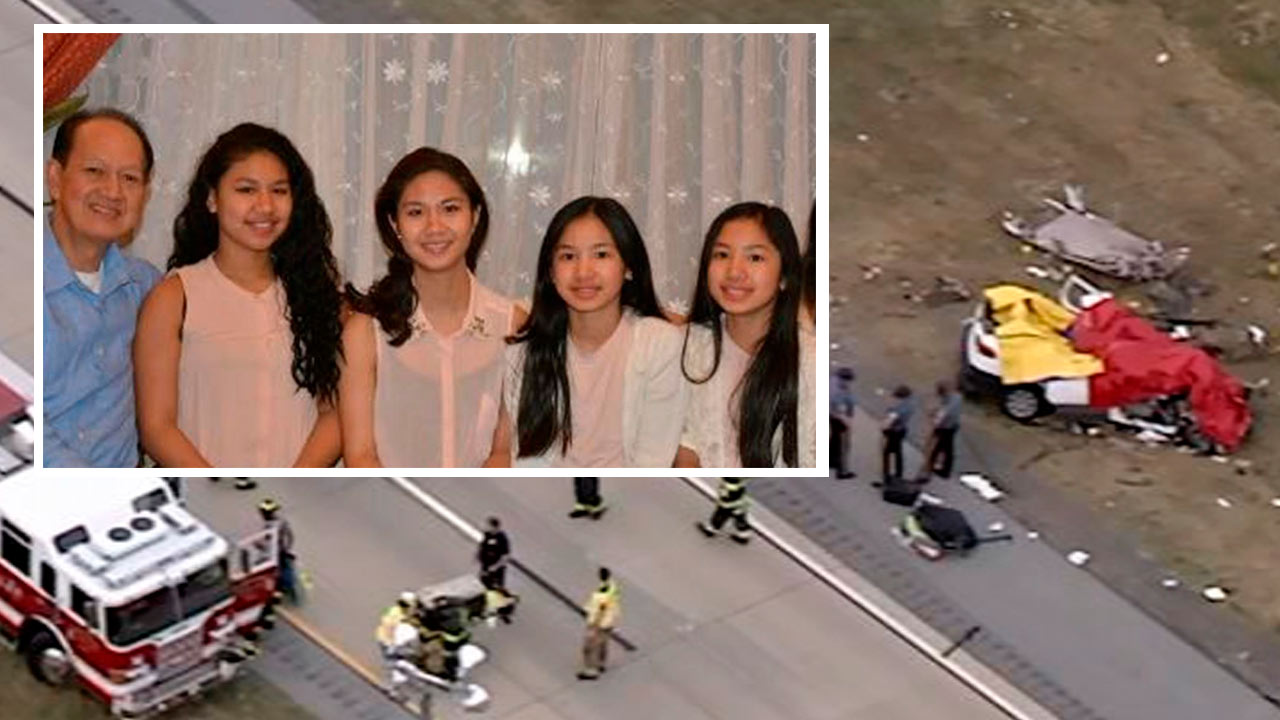