Chester man charged with running over girlfriend, another woman with pickup 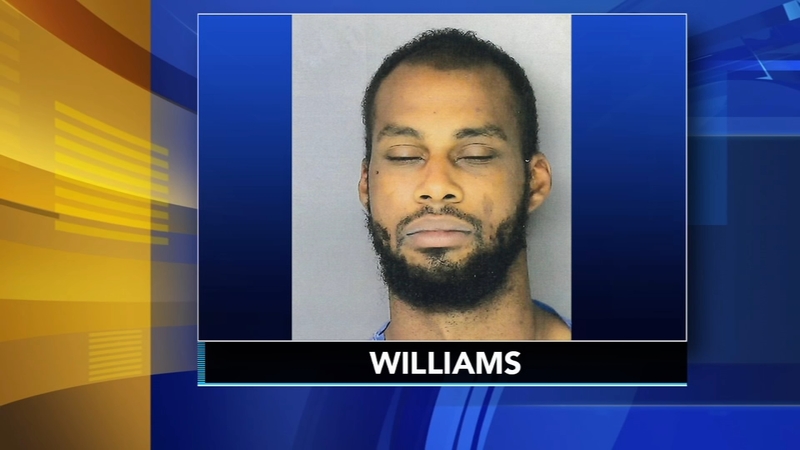 Man charged with running over girlfriend, another woman with pickup

CHESTER, Pennsylvania (WPVI) -- A man is under arrest, facing murder charges, and a slew of felonies, after authorities say he repeatedly ran over two women with a pickup truck.

Shantel Harmon, 26, was killed. Another woman was injured, police say.

The incident happened near a Sunoco station on Industrial Highway in Tinicum Township just before 9 p.m. Thursday.

Part of the Sunoco Station remained boarded up Friday. Inside, the merchandise was strewn about.

Store manager Kurwinder Singh said he saw Harmon screaming as she ran through the parking lot and into the store, apparently for safety.

That didn't stop Daniel Williams, who is accused of crashing his pickup into the store and striking Harmon. Singh said the driver then backed up the truck out of the store and "did it again. Go in all the way."

Police said when Williams drove back into the store he ran over Harmon again and another woman.

A customer followed Williams' truck as he fled the scene and reported it to police. The heavily damaged truck was found three miles away on East 8th Street in Chester and Williams was discovered hiding under a truck nearby, according to a news release from the office of the Delaware County District Attorney, Katayoun Copeland.

Williams and Harmon lived together for a time on the 900 block of Terrill Street in Chester. A neighbor said he heard the couple argue often.

It's unclear what led to the attack but Copeland is calling it cold-blooded murder.