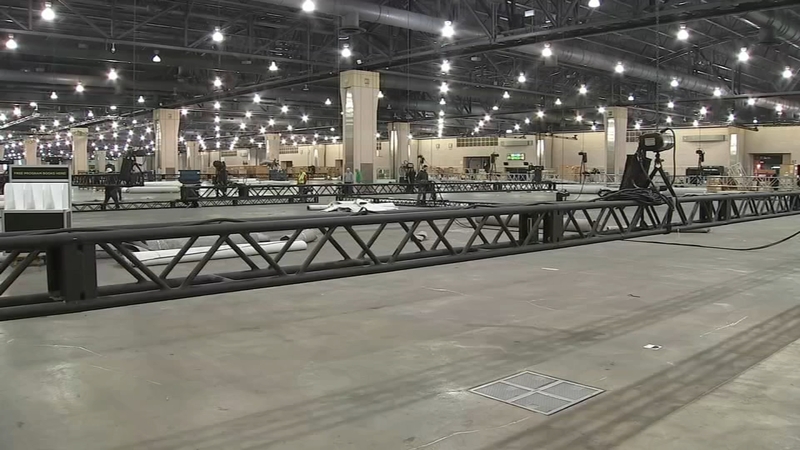 PHILADELPHIA (WPVI) -- It's a race against time at the Pennsylvania Convention Center, as crews are tearing down one major event, to prepare for another.

"We're out with the metal, in with the petal," said Mike Gempp, the Philadelphia Auto Show Director.

This is the first time anyone can remember the shows overlapping schedules.

The Auto Show started late this year and was extended a day for Presidents Day. The Flower Show is early this year. It usually opens the very first Saturday in March, but because it's a leap year, it's opening the last Saturday of February. Which is why Wednesday the two shows are overlapping schedules.

"We have almost 30,000 man-hours of labor union teamwork here, to just get the Auto Show out in a timely fashion," said Gempp.

It's a huge operation, as the Flower Show is unloading its trailers on the lower level. To plan ahead they already installed lighting in the ceiling on the upper level before the Auto Show even started to save time. Both shows are working together to make it all happen.

"It's definitely organized chaos," said Franzi Petermann, who oversees the Flower Show Operations. "I think for us it's the most exciting day of the year, outside of opening the show."