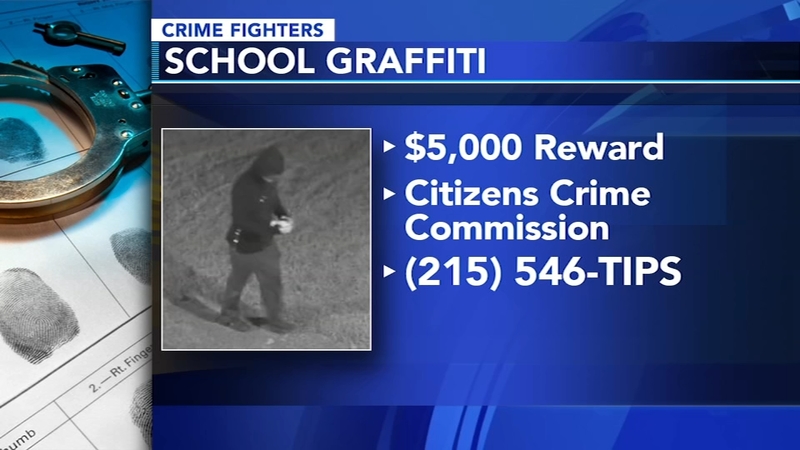 LEVITTOWN, Pa. (WPVI) -- Bucks County police want you to identify a school vandal who has hit not once but twice.

On Monday, October 15, a staff member at the Carl Sandburg Middle School in Levittown, Bucks County arrived to find something disturbing on the walls.

"Anti-semitic and anti-police graffiti was sprayed on the school wall," said Santo Montecalvo of the Citizens Crime Commission.

But that wasn't the end of it. Several days later the suspect strikes again.

"On the 21st of October, the same perpetrator came back but this time they have a video of him," said Montecalvo.

The president of the Neshaminy Federation of Teachers released a statement that reads in part.

"We were shocked, disgusted and disappointed upon discovering the anti-Semitic, anti-law enforcement graffiti. The Neshaminy School district community is no place for hate, bigotry, and intolerance."

"Enough is enough, this is a second time We don't want it to be a third time. We have a $5,000 reward for the arrest and conviction of this individual," added Montecalvo.

All calls will remain anonymous.
------
Send a News Tip to Action News