Search continues for suspect in theft, assault at Darby library 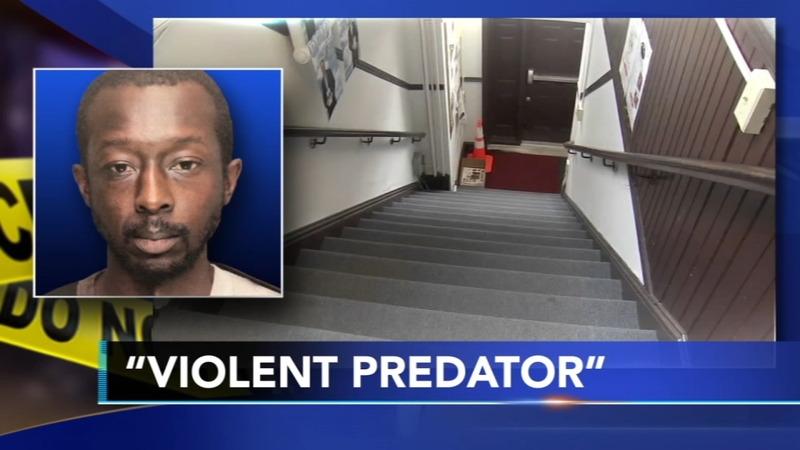 Search continues for suspect in theft, assault at Darby library

DARBY, Pa. (WPVI) -- Police are asking for the public's help finding the man wanted for theft and assault at a library in Darby Borough, Pa.

Forty-year-old Terrell Carter, aka Lanell McEachin, is wanted for the incident on July 11 at the library on Main Street.

Retweet: Police on the lookout for 40 y/o Terrell Carter. Wanted for stealing donations from Darby Boro library and severely injuring a librarian during his getaway. Police think he’s targeting seniors in Delco and Philly to get money to feed gambling addiction. Call 911 if 👀 pic.twitter.com/aC1oChc3AX

Police say he attacked at 60-year-old librarian while stealing a donation jar.

The jar was a five-gallon water bottle that was filled with a few hundred dollars in cash donations for library improvements.

The victim was walking into the library with her great-grandson when Carter came barreling toward her, taking her down the steep steps and out the front door.

"Two fractured vertebrae. Fractures on both sides of her pelvis, tailbone, and then she had bruises where he ran over her running out the door," said assistant librarian Susan Schell.

Police say Carter is homeless, transient and known to frequent libraries in Delaware County and all over Philadelphia.

Investigators believe he has and will continue to target senior citizens to get money to feed an addiction to online gambling.

"This guy needs to get off the streets. He is absolutely one of the worst types of monsters you can see because he preys on the elderly who cannot stand up for themselves," said Smythe.

The victim was just released from the hospital on Tuesday after undergoing surgery. Her granddaughter told us she will likely need to use a walker indefinitely and has a long road to recovery.

Carter is known to use SEPTA. He stays at homeless shelters and sleeps on the street. If you see him, don't hesitate to call 911.

There is a reward for information leading to his arrest and conviction.