Suspect arrested in robbery and assault of Delco librarian 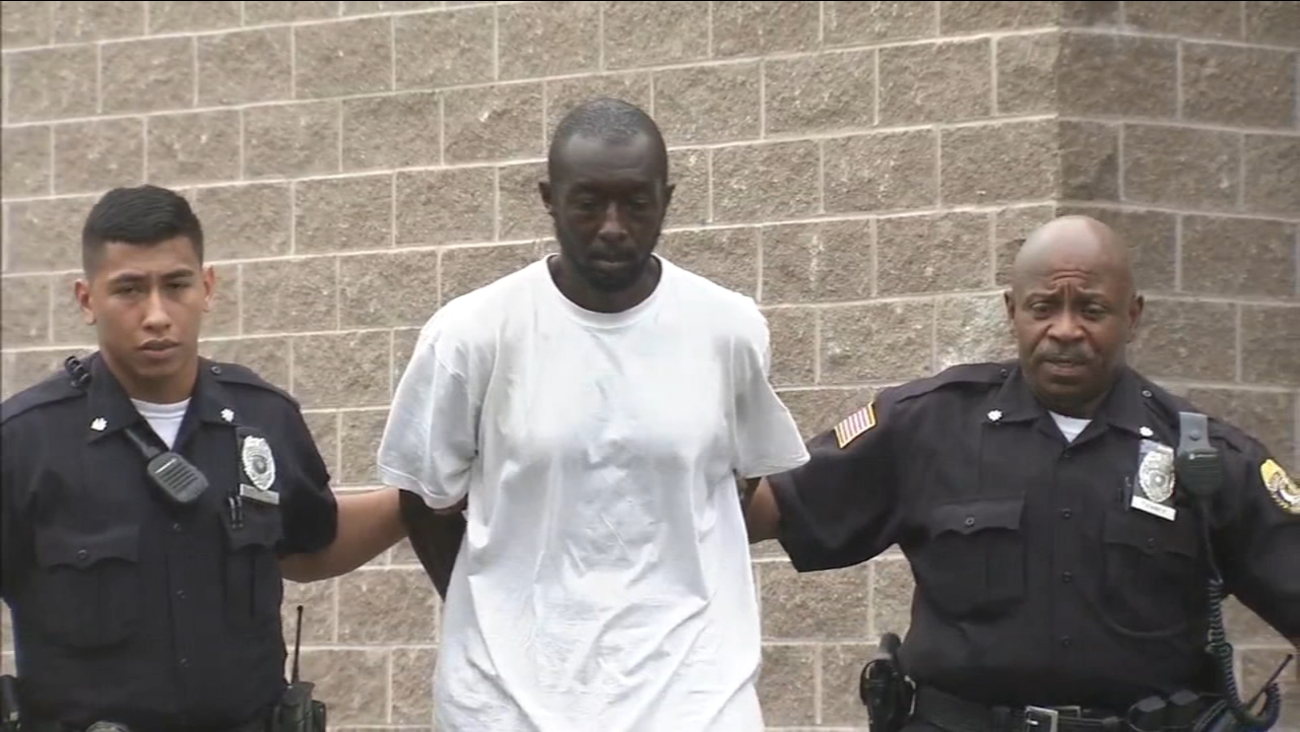 Police said Terrell Carter assaulted a librarian and threw her down the stairs as reported by Dann Cuellar during Action News at 10 on July 31, 2018. (WPVI)

DARBY, Pa. (WPVI) -- Following an intense manhunt, police have arrested the man they say is responsible for injuring a Delaware County librarian while stealing money from the library.

Police arrested Terrell Carter, 40, of Darby, and charged him with assault and robbery Tuesday.

Police said Carter was out on parole for other crimes when he went into the Darby Free Library, assaulted the children's librarian, throwing her down a series of stairs before running off with $200 from a collection jar.

"I'm just happy he's not on the streets to hurt anyone else," said Joyce Anderson, the injured librarian. "It's very unfortunate."

Anderson said that Carter was no stranger to the library and that he had previously befriended her and some of the other library staff.

"He frequently came there, almost every day," she said. "It wasn't hard to identify him because he is always there."

Police said on July 12, Carter went to the library and assaulted Anderson, throwing her down a steep flight of stairs before running off with a jar of donations meant to help sustain the library.

Anderson suffered a number of broken bones and was in the hospital for two weeks. She is now home, but it is expected to be a long road ahead for her recovery.

Arrest made in library assault and robbery: Dan Cuellar reports on Action News at 5 p.m., July 31, 2018

"I started physical therapy yesterday," she said. "I feel a little better, I mean I have a lot of broken bones, but they'll heal in time."

Darby Borough Police and other law enforcement agencies saturated the media with his photo.

"This was personal to them. It was extremely personal," said Darby Borough Police Chief Robert Smythe. "People that hurt seniors are just bad people. This guy was a bad person and he needed to be off the streets before someone else got seriously injured."

Bail for Carter has been set at $500,000 and there is also a retainer on him for the parole violations.

Anderson said she will probably return to the library sometime in October.

"I love the library, it's my second home," she said. "I miss all my babies and kids there."