Bucks County employees have been working more or less round the clock since Election Day to sort, count and process ballots in the pivotal county in the battleground Keystone State

DOYLESTOWN, Pennsylvania (WPVI) -- Bucks County employees have been working more or less round the clock since Election Day to sort, count and process ballots in the pivotal county in the battleground Keystone State.

Through closed-circuit TV cameras, the room where it's happening is viewable to the public.

Observers from both parties have also been overseeing the process.

State results showing Biden with a substantial lead over Trump in mail-in and absentee ballots in Bucks County.

By midday election officials reporting some 28,000 mail-in and absentee ballots left to count.

The overall number increasing by about 7,000 ballots as mail arrived and dropbox ballots began being processed.

Harvie said now it's a matter of sorting out those ballots that arrived after Election Day, provisional and ballots that could be contested later.

RELATED: A look at the electoral college in the 2020 election

As long as there is no clear indication mail-in ballots were mailed after the polls closed on Election Day they can be counted, at least for now.

"It's really getting into the weeds at this point, the minutiae of all sorts of things and that's why I'm saying not really going to be finished until that process is done," Harvie said.

Demonstrators with the Count Every Vote movement say they are willing to wait for it.

They staged a march outside the Elections Board office.

"It is a completely non-partisan issue. It is an American issue. We all have a vote and the vote needs to be counted," said Kierstyn Zolfo, Indivisible Bucks County. 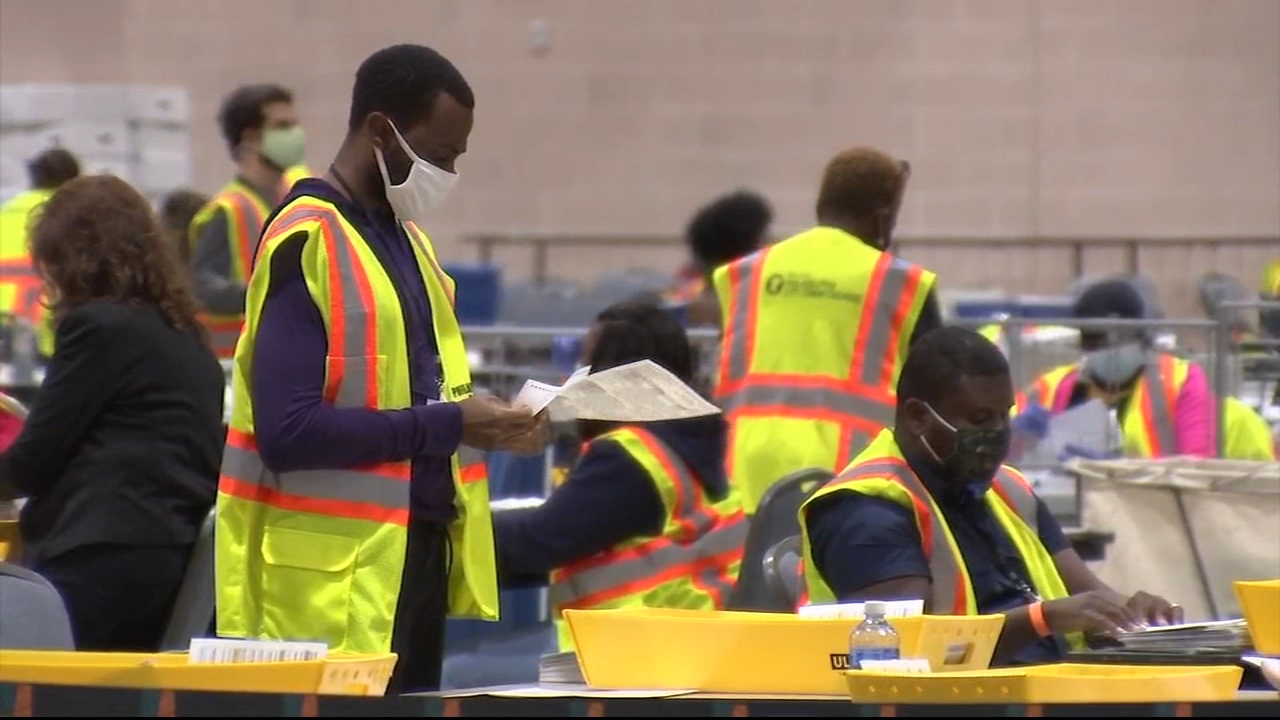