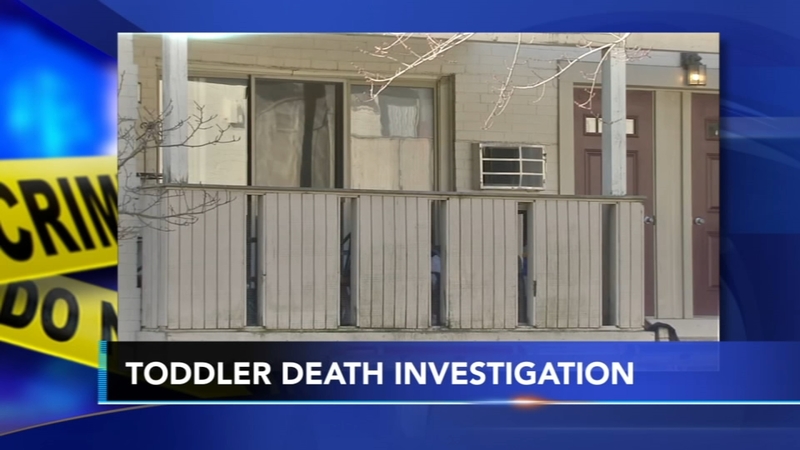 FALLS TWP., Pa. (WPVI) -- The Bucks County Coroner has ruled the death of a 2-year-old boy at a Falls Township apartment complex as a homicide.

The Coroner said the child sustained trauma to the head.

Police officers were back at the home on Wednesday looking for evidence.

Authorities were initially called to the apartment at the Commons of Fallsington complex in the unit block of Makefield Road around 5 p.m. Tuesday for the report of a death of a 2-year-old boy.

Bucks County District Attorney Matt Weintraub has also confirmed that the toddler had a twin brother who died when he was just a few months old.

"His twin brother died at 5-months-old, so about 17 months ago, and that was ruled a SIDS death, if you will - a natural unexplained death," Weintraub said. "But just terrible tragedy to strike this family twice."

Action News is told there were 18 people living in the two bedroom apartment.

We spoke with neighbors who say they certainly saw a lot of people coming and going from that apartment in the Commons of Fallsington complex, but we're told they all seemed like quiet people who kept to themselves.

"I live above them and they're just a nice family," says neighbor Kim Greehan. "It's just horrible to see anything happen like that. They're very nice people, they seem family oriented. It's just a shocker."

So far, no one has been named a suspect.