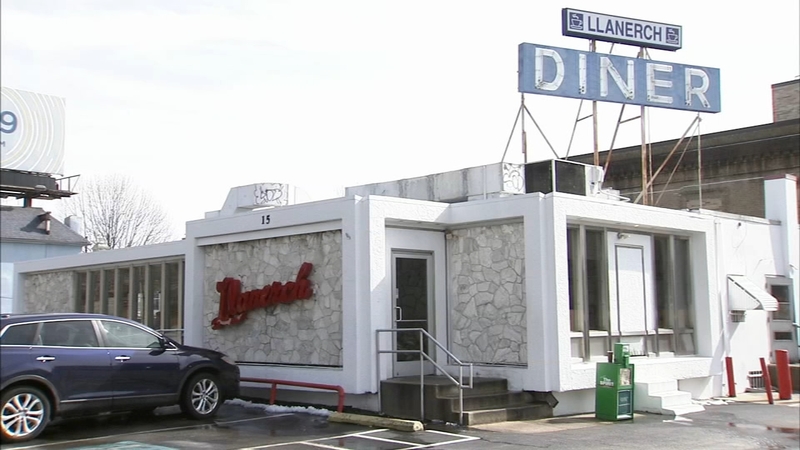 UPPER DARBY, Pa. (WPVI) -- A few people in our area might be a little biased when it comes to Oscar nominee Bradley Cooper.

Cooper, a nominee for Actor in a Leading Role, is a local favorite.

And now a diner in Delaware County where Cooper once shot a movie is drawing fans.

There are plenty of favorites on the menu at the Llanerch Diner in Upper Darby.

But, what you order may not be as important as where you order.

"A lot of people come from all over the area," said manager Shannon Molino.

And they all want to order from one booth. The booth where the Oscar nominee once sat.

Molino said, "I had a couple come from England last year. They just wanted to sit in the booth with hot tea and Raisin Bran."

Bradley Cooper shot a scene for his 2012 movie "Silver Linings Playbook" at the diner.

And he's had a fan in Molino ever since.

"I love him. I love him. Yeah. It doesn't hurt that he's so handsome," she said.

She was a little salty when he didn't win an Oscar for that movie.

But now Cooper has another chance. He's nominated for his role in "A Star is Born, as well as Writing (Adapted Screenplay). And the film is up for Best Picture.

That's pretty much the consensus from everybody.

"I just feel like he deserves it," said movie fan Eileen Fury.

"I have a friend in Jenkintown who said 'oh, I saw him and his mom at Rite Aid' and I was like 'where?'" said Fury.

So with or without an Oscar, he'll always have a special place in their hearts and at the booth at Llanerch Diner.