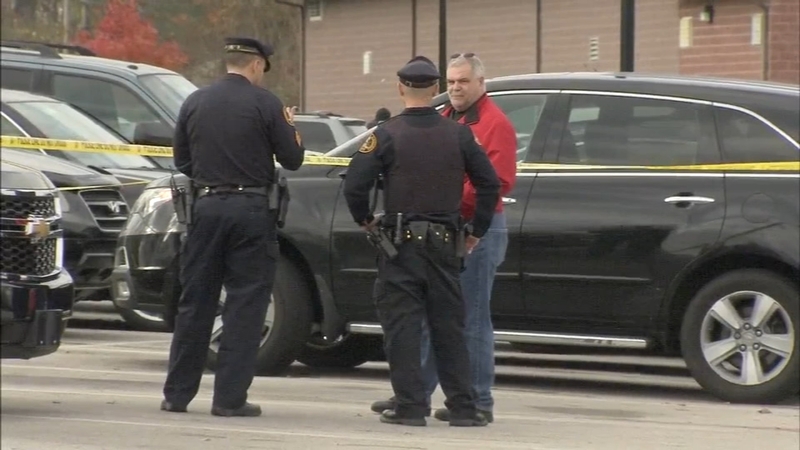 Toddler dies after being struck by car in Havertown

HAVERTOWN, Pa. (WPVI) -- A 2-year-old girl was struck and killed by a car in the parking lot of a YMCA in Haverford Township, Delaware County.

The incident happened just after 12:30 p.m. Saturday in the parking lot of the YMCA near the intersection of North Eagle Road and Lawrence Road in YMCA.

Caution tape cordoned off the scene as police investigated the tragic accident.

Haverford Township Police Chief John Viola said, "First responding officers found the child in a parking spot and severely injured. Apparently a vehicle pulled into the spot, the child was sitting there, and the operator did not see her."

Police say this was not negligence, but a terrible mistake. The 2-year-old girl's mother was close to the young girl, apparently trying to get her in their car, when the driver of the striking car pulled in to a nearby spot.

"He was pulling into the spot in front of where she was sitting. Then when he pulled in, the mother started screaming, and he found out what it happened right away," said Chief Viola.

The driver stayed on scene. The girl was rushed to Lankenau Hospital, but later died,

The YMCA was closed Saturday night out of respect for the family.

YMCA President Shaun Elliott said, "Unfortunately, it's one of those accidents that really could happen anywhere and it doesn't make it any easier."

The president of the YMCA says it will assist staff that need emotional help, reaching out to the driver, and the family of the young girl.

Police have not filed any charges against the driver.