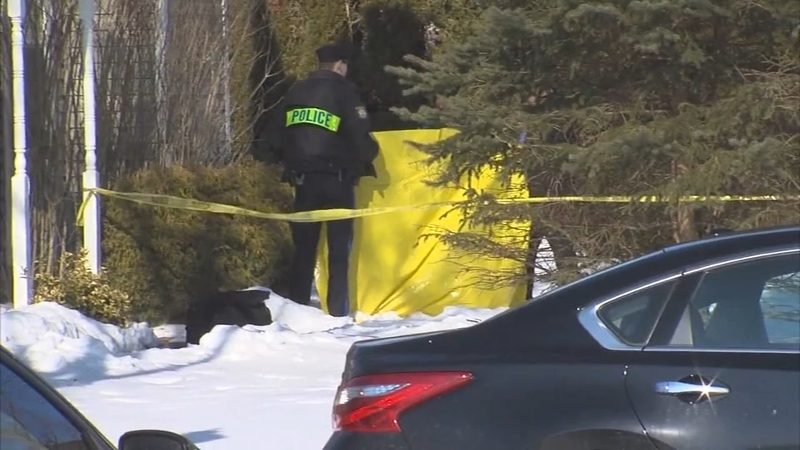 HOLLAND, Pa. (WPVI) -- An 88-year-old woman was found dead in Holland, Bucks County, but police do not suspect any foul play in her death.

Officers were called to the 3100 block of Freemans Lane around 10:30 a.m. Tuesday after her body was found in the snow behind a neighbor's house.

Investigators tell Action News the woman was partially clothed and her shower was found running. Police believe she went outside at some point between Monday night and Tuesday morning.

"As of this time, there is no foul play. It just appears that for whatever reason she came out of her house. Sometime either late last night or early this morning, fell down and was unable to get up. A neighbor found her early this morning," said Chief Michael Clark of Northampton Township Police.

The woman lives in a townhome a few paces away from where she was discovered. She was wearing practically no clothing and had a shoe on one foot, a boot on the other. Her sliding glass door was left open.

Inside the home, police say her shower was still running, her nightshirt on the floor, and the water was warm.

Police say it's possible the woman may have been suffering from dementia. Neighbors declined to talk on camera, but say they suspect she became disoriented. The chief said it's a good reminder to keep tabs on senior citizens - in fact, any neighbors - especially in winter weather.

"People do fall, especially with all the ice this morning. If you have an elderly neighbor, an elderly friend, family member, be sure to check on them on a regular basis to make sure they're okay," said Clark.

The coroner will perform an autopsy to determine the cause of death.