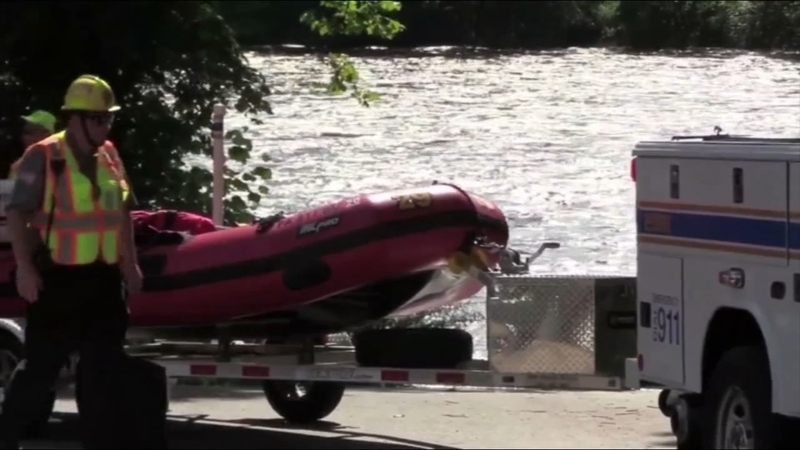 Walnutport Fire Chief Michael Wentz said five people were rescued from the river. He said they were rafting when they struck a bridge abutment and were holding onto branches when crews arrived around 3 p.m.

Officials said everyone is fine following the rescue, but also said none of the five were wearing life jackets.

Wentz said the river is currently 6 to 8 feet deep, up from just 2 feet deep before last week's weather came through.

He said between the recent flooding to the north, and some high-volume dam releases, the river is not safe for boaters and swimmers.

"Right now the way the river is with the depth and how fast it is running, don't even go on the river, " said Walnutport Fire Chief Michael Wentz. "It's not safe. It doesn't matter how good of a boater you are... the river is running that deep and that fast that I wouldn't even want to see anyone on there at this point."

Wentz said this rescue was the second of the day, and that he expects the river conditions to be like this for the next week or two.

Officials say to avoid the river all together or use extreme caution if you plan to head out.