Librarian returns to work after assault in Darby Boro 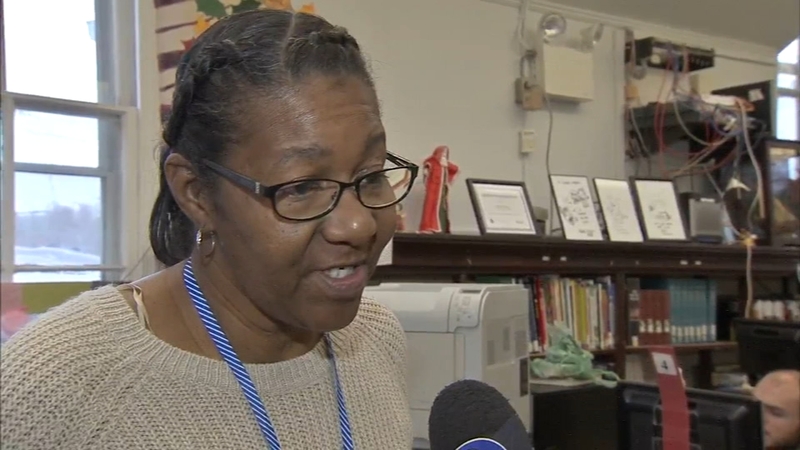 Librarian returns to work after assault in Darby Boro

DARBY BORO., Pa. (WPVI) -- It was last summer when a children's librarian in Darby Boro was assaulted by a thief at the library on Main Street.

It was a good day here at Darby's Free Library, the beloved children's librarian finally returned to work months after she suffered serious injuries as a suspected thief made his getaway with a jar of much-needed donations.

This afternoon, Joyce Taylor walked up the same steps she fell down nearly four months ago suffering serious injuries that would take her away from the job she loves here at Darby Boro's free library on Main Street.

For three years, this children's librarian has proven herself an essential part of making this little library run.

"It's a good atmosphere here. And people don't understand the need of the library in this community. And somebody's got to be here to help. And Sue and I and our team try to do what we can do," said Taylor.

Susan Borders of Darby Free Library said, "Joyce has such a wonderful love of life and support and understanding for the kids. At the same time, she sets expectations of behavior high."

Matthew Conneh, a 6th Grader said, "She's nice and fair. When we were playing bingo she gave everybody treats after that even if you didn't win."

On July 11th, she was walking into the library with her grandson and came face to face with 40-year-old Terrell Carter. Police say Carter stole a large jug filled with donations for the library, and as he was making his escape he went plowing into Taylor sending her flying down the steep stairs.

"And that quick he was out and down the steps and I heard her screaming. It was awful," said Borders.

"My back, my hip, my pelvis, pubic fractures still, so I am still in therapy. It's an up and down thing. Some days are better than others," added Taylor.

Carter was eventually arrested and charged with assault and robbery. As the case makes its way through court, Taylor says she tries not to think about him, but about the kids here.

"Yeah, they're my babies. I watched them grow up now. Yep, so it's good," said Taylor.

It is good, and today they celebrated their beloved librarian is back with her so-called babies and the books.

"Life can change at any time. You never know. So I am going to have to be blessed and take it one day at a time," said Taylor.

For now, Ms. Taylor is working two hours at a time. She hopes eventually to be back to a full schedule.