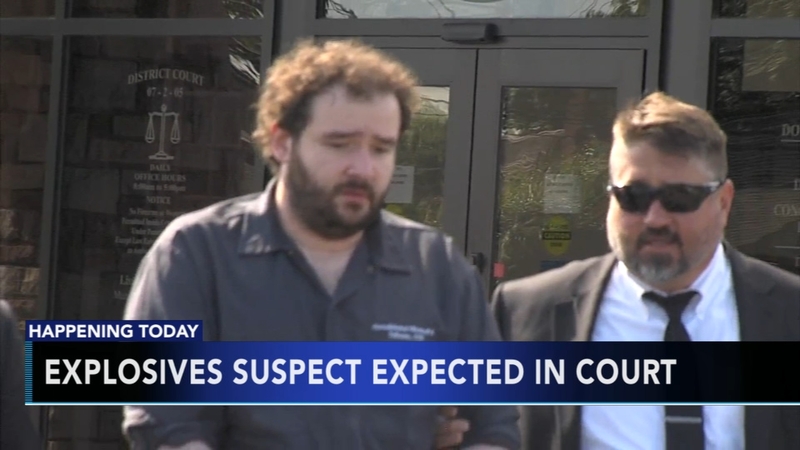 MILFORD TOWNSHIP, Pa. (WPVI) -- The man arrested and charged with making explosives in Bucks County is scheduled to be in court on Monday.

Police arrested David Surman Jr. in June. The 30-year-old from Milford Township is the owner of a chemical company, Consolidated Chemicals.

He faces numerous charges including possession of a weapon of mass destruction and drug offenses.

Following his arrest, authorities detonated bombs and collected evidence outside of Consolidated Chemicals on Spinnerstown Road.

Investigators said they found a large bomb during the investigation. That device had multiple fuses and was about 18 inches in length, District Attorney Matthew Weintraub said.

"This was what we believe to be a large bomb that was capable of mass destruction, and that's why the defendant was charged with that offense," he said.

At a news conference, the D.A. displayed a photo of the bomb, as well as images of what were described as Surman's musings about blowing things up.

Surman's company had been embroiled in a civil legal battle with Milford Township.

Investigators are trying to determine if Surman is the one behind all of the 30 explosions in that area.