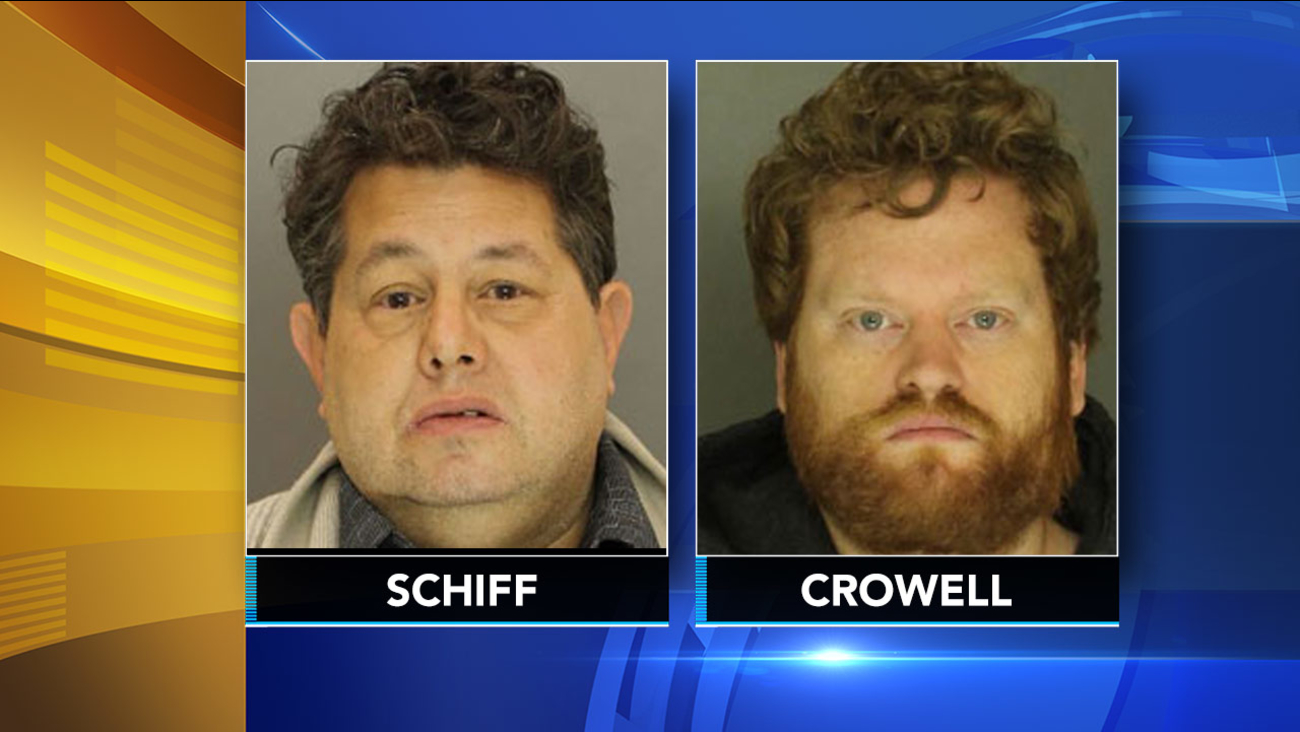 HARRISBURG, Pa. -- Two men are accused in what Pennsylvania's attorney general calls a "horrible" case of human trafficking that involved death threats and opioids to compel women to work as prostitutes.

They're accused of forcing six women to work as prostitutes in New Jersey and Pennsylvania between 2014 and last month.

A grand jury report says Crowell strangled one woman on several occasions, once causing her to black out.

It says Schiff slammed another woman's head into a bucket containing bleach and broken glass when she refused to have sex with him.