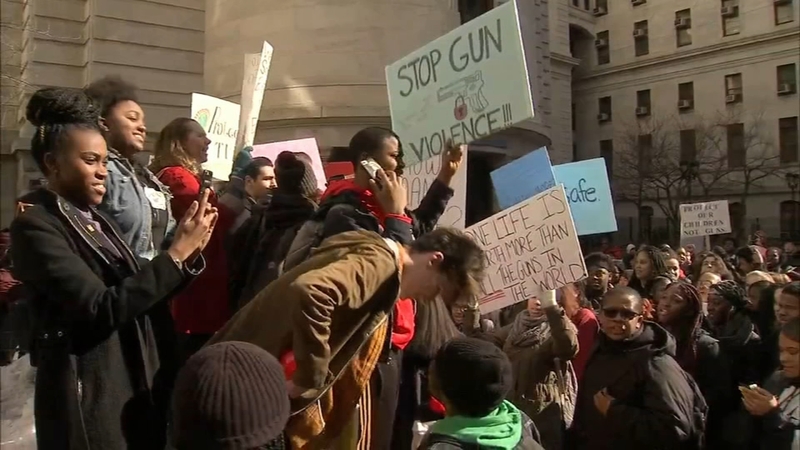 Students from all over the Delaware and Lehigh valleys took part in National Walkout Day in a show of solidarity against gun violence at schools.