Suspect arrested after 10,000 packets of heroin left at middle school in Bensalem 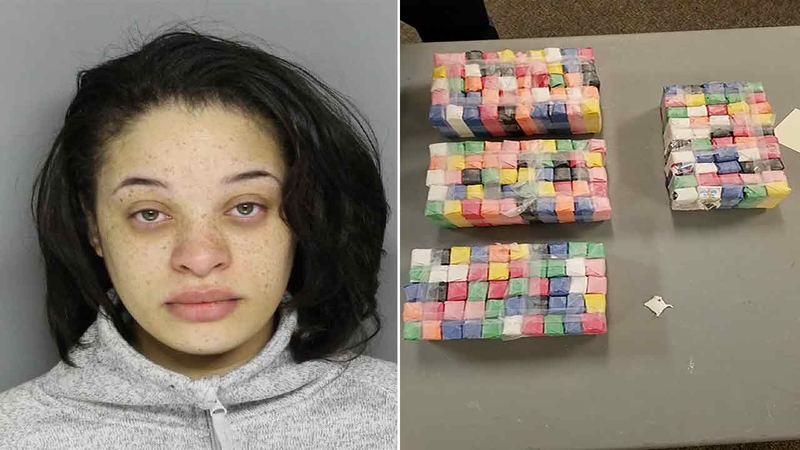 Backpack of heroin left at school

BENSALEM, Pa. (WPVI) -- A Bucks County woman is behind bars after police say she left a backpack containing 10,000 packets of heroin in the parking lot of a middle school in Bensalem Township.

Twenty-six-year-old Natasha Willis of Bensalem is charged with possession with intent to deliver narcotics and related offenses.

The heroin had already been packaged for sale, police say. The bag contained approximately 10,000 dosage units of heroin at a street value estimated at $100,000.

During the investigation it was revealed that a tan Toyota Corolla with New Jersey registration was in the area where the schoolbag was recovered.

Investigators then conducted a traffic stop on that vehicle around 8:50 p.m. on January 10, which led to the identity and arrest of Willis.
Police say Willis admitted to possessing and accidentally placing the schoolbag outside of her vehicle and behind the school.

Willis was turned over to Pennsylvania Constables and transported to the Bucks County Correction Facility.