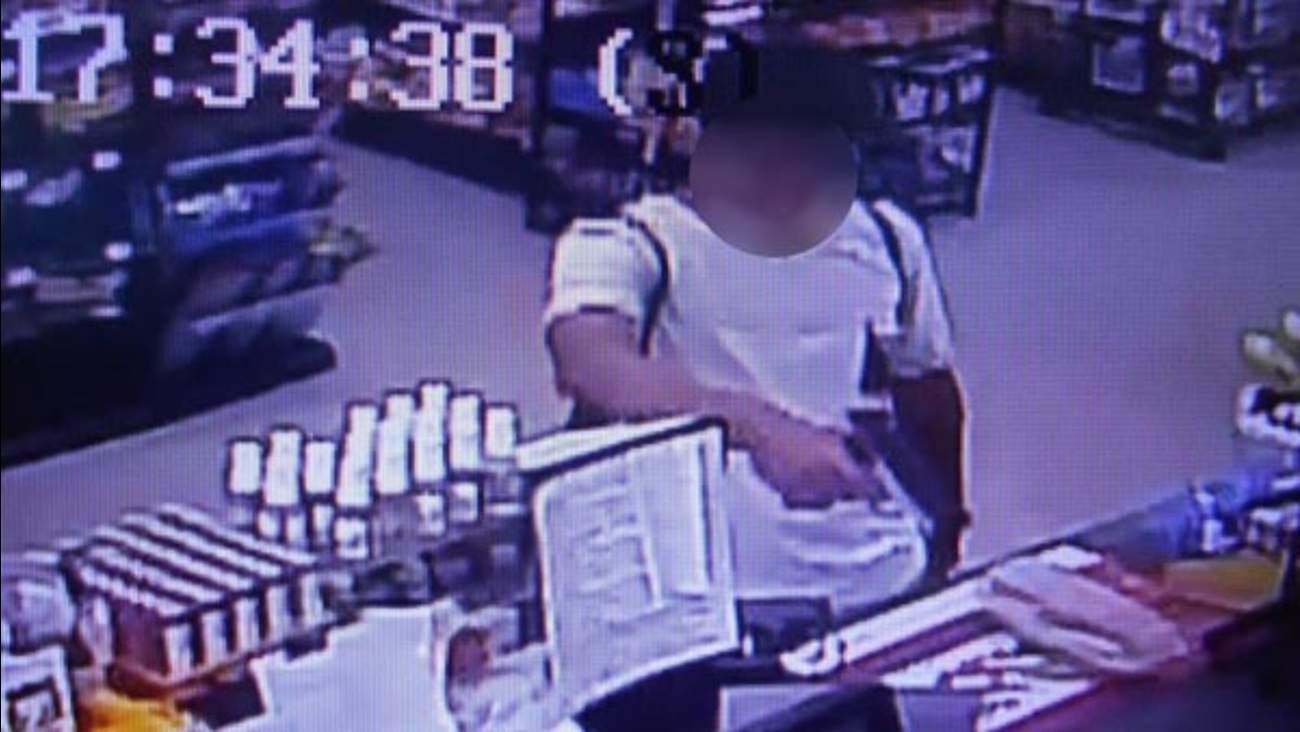 WILSON, Pa. -- Police have charged a 13-year-old boy with robbing a Pennsylvania gas station after someone recognized him in surveillance images police posted on Facebook.

Police say the boy entered the Penn Jersey gas station about 5:30 p.m. Tuesday and briefly spoke to someone in the store before heading to the counter and pulling a gun, which can be seen in the online images.

The boy demanded money from a female clerk then ran out the rear of the store, dropping $300 as he headed down a nearby street.

Since the suspect is a minor, Action News has decided to blur his face in the surveillance photo.
----------