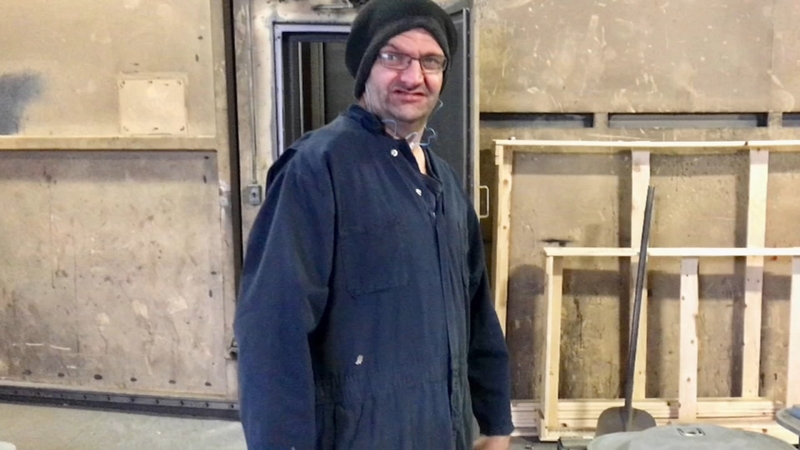 CROYDON, Pa. (WPVI) -- Police are looking for the driver of a car that struck and killed a man in Bucks County on Monday morning.

The crash happened shortly after 7 a.m. in the 2900 block of State Road in Croydon.

Police have identified the victim as 46-year-old James Aufschlag.

Callers told police the car was off the road and down in a ditch, while Aufschlag was on the side of the road.

Aufschlag was taken to the hospital but later died.

Chopper 6 was over the scene after the car was pulled out of the ditch.

Investigators said the driver of the car fled into a swamp and could not be found.

Police said they have reason to believe the owner of the car, a 2000 Ford Focus, was not the person behind the wheel.

According to the owner of Railway Specialties Corporation, Aufschlag was a loyal employee of more than 20 years.

"He was always the first guy to say 'I'll stay, I'll work extra, I'll do more just to help the business,'" Calkins said.

Calkins says he ran down to Aufschlag after he was hit.

"There was a good Samaritan from the traffic who got out of his car and ran down and got a blanket for him, and were talking to him saying, 'Look the ambulance is on the way, it's going to be okay."

Calkins says it's been a rough year for his business. Back in March, their building was badly burned in a fire.

Despite working out of a shed for most of the year, Aufschlag stuck with them.