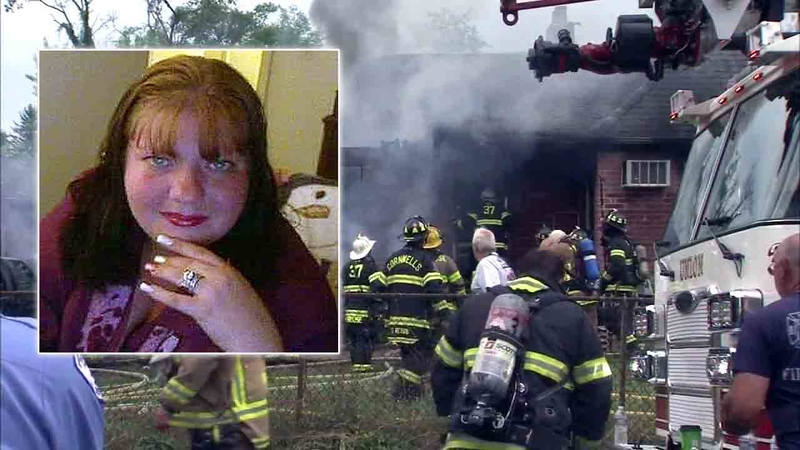 BENSALEM, Pa. (WPVI) -- Investigators say the fire that claimed the life of a woman in Bensalem was accidental. The cause was electrical and started in the living room.

She was one of three people living in the home in the 2700 block of June Avenue.

Chopper 6 HD was overhead and the Action Cam on the ground as smoke poured from the home.

Watch video from the Action Cam on the scene of a deadly house fire in Bensalem, Pa.

Action News is told Rutecki, her husband and her mother-in-law all made it out safely.

Neighbors say they were told Rutecki then went back inside the burning home to try to rescue two pets.

"We heard that she was out of the house, and then she went back in to get the dog and the cat," Paul Chiconski told Action News.

Rutecki became trapped and was not able to get back out.

Firefighters found her in the kitchen. She was pronounced dead at the scene.

The two other occupants of the home were taken to Jefferson-Aria Health's Torresdale facility for treatment.

Their conditions were not immediately known.

Officials also say a firefighter suffered a minor injury at the scene.

Officials say this case serves as a cautionary tale - a tragic reminder that you should never enter or re-enter a burning building.

"We do understand it," said Battalion Chief Rob Sponheimer of the Bensalem Township Fire Department. "But you're more important. We want to keep you outside. Let the first responders know, when they get there, where that stuff was, and we'll do the best we can to help you get that stuff out. We just don't want people going back inside. Once you're out, stay out. That's very important."

One dog perished in the fire. Another dog and a cat escaped safely.