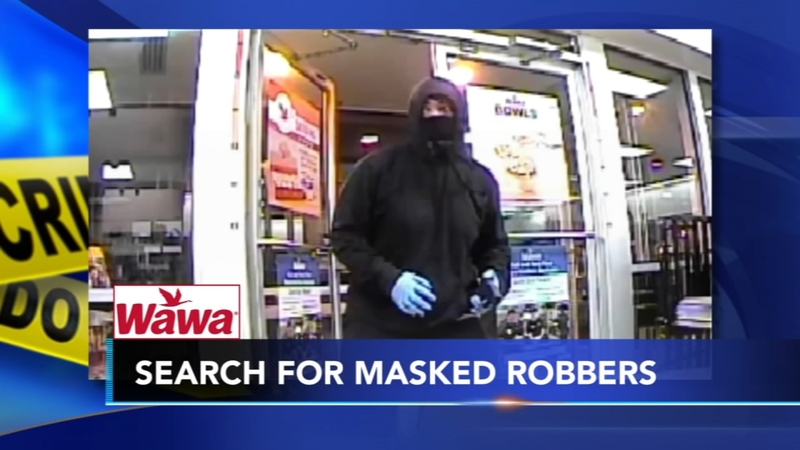 UPPER DARBY, Pa. (WPVI) -- Police are searching for three masked men who are believed to be responsible for several Wawa robberies in Delaware County.

Surveillance video captured the robbery at the Wawa store on the 500 block of Burmont Road in Drexel Hill early Saturday morning.

"You have what I call 'urban terrorists.' When you see the video it's scary. Thank God nobody got hurt," said Upper Darby Police Superintendent Michael Chitwood.

Two of the armed suspects stormed the front doors at 4:22 a.m. as a third man closed and locked the door behind them.

All three suspects wore work gloves, which makes this investigation even more difficult.

"We did a major search but it's like looking for a needle in a haystack right now," says Chitwood.

That took place in the early morning hours of June 17.

In both cases, two masked people entered the store with guns followed by a third accomplice. The employees working at the time were forced into a back room while the suspects cleared out the cash register and stole lottery tickets.