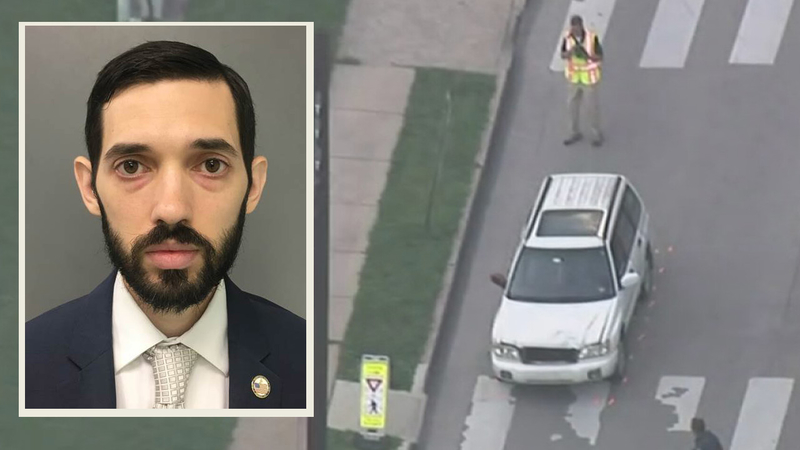 ABINGTON, Pa. (WPVI) -- The driver of a car that struck and seriously injured a teenage girl in front of Abington High School has been charged.

James Clark IV, 32, of Abington, is charged with Aggravated Assault by Vehicle, Reckless Endangerment and other offenses for the August 23 crash.

According to the Montgomery County District Attorney's office, Clark was travelling at an estimated speed of 46 mph in a 25 mph zone when he struck the 14-year-old in a crosswalk.

The teen, identified by her family as 14-year-old Kelly Williams, was about halfway across when she was hit. She was thrown more than 100 feet by the impact.

According to witnesses, Williams was looking at her phone and engaged in a video chat at the time, though investigators did not cite it as a contributing factor in the crash in Monday's announcement.

Witnesses: Teen FaceTiming on phone struck by car in Abington. Annie McCormick reports during Action News at 11 p.m. on August 23, 2017.

Williams suffered multiple broken bones, various internal injuries, along with injuries to her eye and a concussion.

Clark was released on his own recognizance. A preliminary hearing is scheduled for next month.