Police shoot robbery suspect outside of King of Prussia Mall 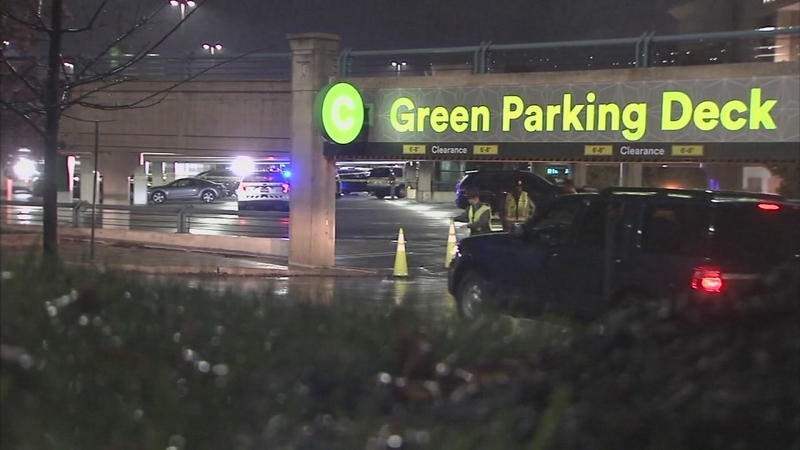 KING OF PRUSSIA, Pa. (WPVI) -- Upper Merion police shot a robbery suspect outside of the King of Prussia Mall on Sunday afternoon.

It happened around 4 p.m. outside of the Nordstrom side of the mall, near Gulph Road and Mall Boulevard.

Nolan said that is when officers fired at the armed suspect, stopping him in his tracks.

The suspect was taken to Paoli Hospital. There is no word on his condition.

Police said he will not be identified until he is officially charged.

Authorities said a handgun was recovered at the scene along with a stolen car.

Police said the suspect was behind and armed robbery at the mall on Saturday. Authorities are also investigating whether he was the suspect who carjacked an 87-year-old man in Wilmington, Delaware this month.

According to authorities, during Saturday's robbery, the suspect jumped into the back seat of a woman's car, put a gun to her head, and demanded her purse.

Those who frequent the popular mall are calling for more security; others are hoping it is an isolated incident.

"It's two instances," said Chelsey Cordero, who works at the mall. "I've been working here for 10 years and I've never heard of anything like that until now."

All of the officers involved have been placed on administrative leave, according to officials.

The mall remained open through the entire incident, according to officials.

A spokesperson for the mall released the following statement Sunday evening:

King of Prussia is cooperating with the Upper Merion Police Department regarding an incident involving an armed suspect that took place in the mall parking lot. Due to the swift action of the Upper Merion PD the situation was contained, the suspect apprehended and no customers or employees were harmed. This is an active police investigation.