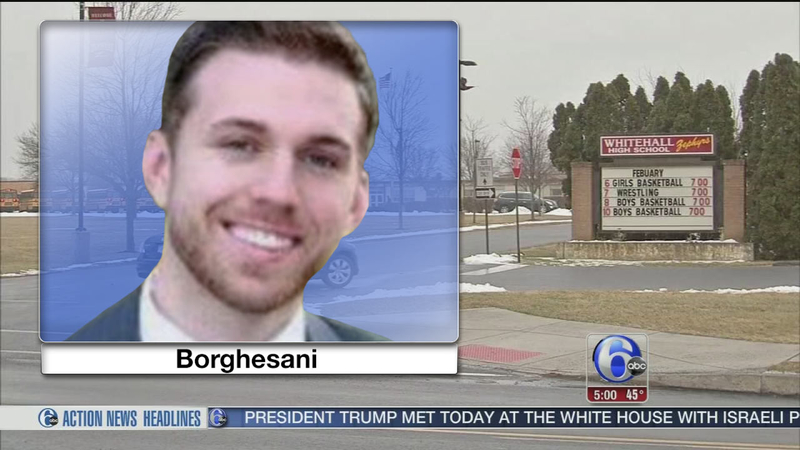 WHITEHALL TWP., Pa. (WPVI) -- A Lehigh Valley music teacher is off the job after alleged inappropriate communication with two students.

But the 29-year-old's problems are far from over.

Borghesani was suspended by the school district last October after being accused of inappropriate contact with two students from Whitehall High School.

It didn't take long before the case found its way to the Lehigh County DA's office, which has since launched a formal investigation.

But some members of the local school board make no bones about their view of the situation.

"I never want to see this guy teaching in any school district ever again. I'm also asking our solicitor to continue reaching out to the district attorney's office to ensure charges are brought against him," said school board member Tina Koren.

The incidents being investigated include text, email, and Snapchat exchanges during and after school hours. So far, there have been no indications that anything physical occurred.

Gabrielle Stephens was a member of Borghesani's choir class.

"Having that teacher and realizing that 'oh my gosh, I thought he was a cool teacher.' He did his job, he was a good teacher. But to hear something like this was shocking" she said.

We heard similar sentiments from parents.

"My kids went to kindergarten to 12th grade in Whitehall, you never would have thought," said parent Toni Leatherbury.