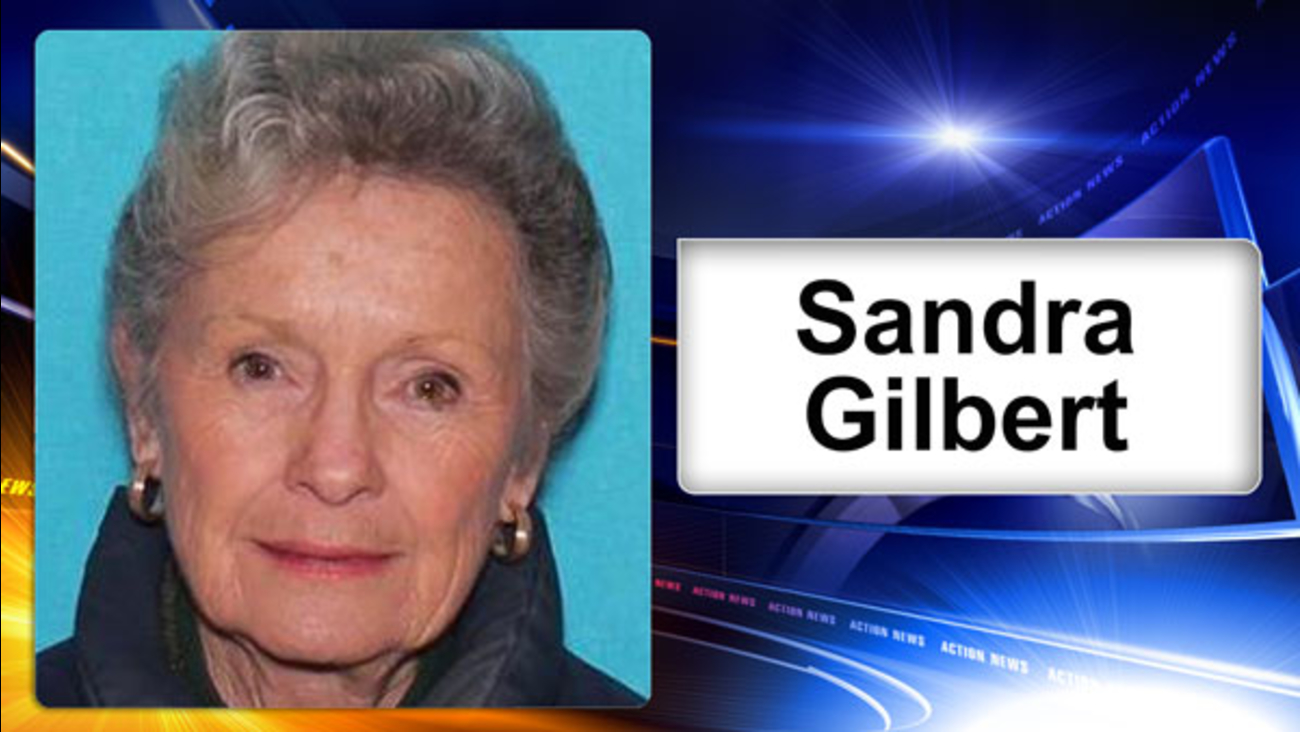 RADNOR TWP., Pa. (WPVI) -- The Radnor Township Police Department is asking the public's help in locating a missing 79-year-old woman who is in the early stages of dementia.

Police say Sandra Gilbert left her home in Wayne around 10 a.m. Thursday. She was driving a 2004 Silver Volvo Sedan with a Pennsylvania license plate FWS-5639.

At 11 a.m., police say the family received a phone call from Gilbert.

Gilbert stated that she was at the Northbrook MarketPlace located at 1805 Unionville Wawaset Road in West Chester.

Police say the phone call was placed from the market's landline phone.

Since then no one has heard from Gilbert and she did not take her cell phone with her, police say.