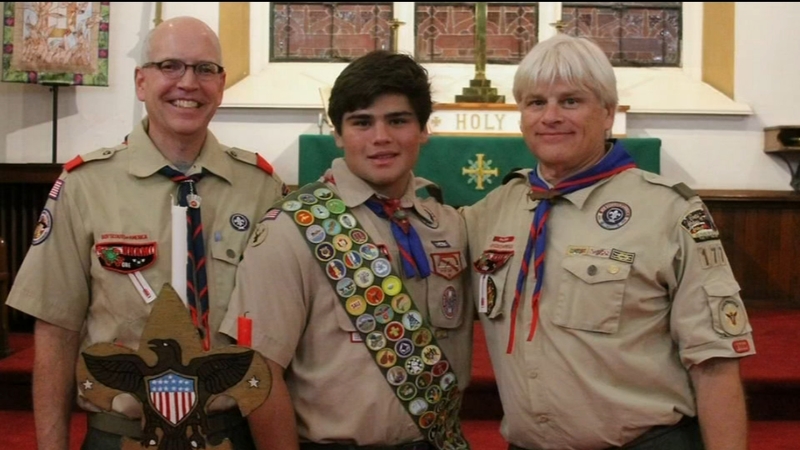 A Montgomery County teen says he's able to accomplish so many things because he makes time for everything.

Sean Edling says, "Ever since I've been a little kid, I like to keep busy, but busy is a bit of an understatement.

"I play left guard for the Blue Devils. I've been starting for three years and I'm also a starter for wrestling," Sean said.

He's also rows, he calls that a family thing.

"My father rowed and my sister rowed before me, so I decided to continue the tradition," he said.

Sean is also a violinist in the school orchestra.

And now he's the first scout in his Wyndmoor Troop 177's history to become a Triple-Silver Palm Eagle.

"I always looked up to the scouts for the skills they did. They could light a fire in a second. They could name anything off the top of their head. They could tie any knot," Sean added.

To put his new honor in perspective, every year only one or two out of about 2 and a half million scouts become Triple Silver Palm Eagles.

As part of his Eagle Scout project, Sean helped the Friends of the Wissahickon, both on the trail and in the community.

"They asked me to build this newsletter box so they could get out their weekly newsletters," Sean said.

You may have guessed, Sean is also class president.

"If you're on a team or in a sport or in a classroom, you want Sean next to you because he makes everyone around him better and that's the true sign of a leader," said Stephen Druggan, Head of School-Springside Chestnut Hill Academy.

Those around him call him humble.

"I put in the work and made sure I liked people along the way - I didn't just take myself with me - I took the rest of my troop with me," Sean said.

"He's what every father dreams of his son being," added Gary.