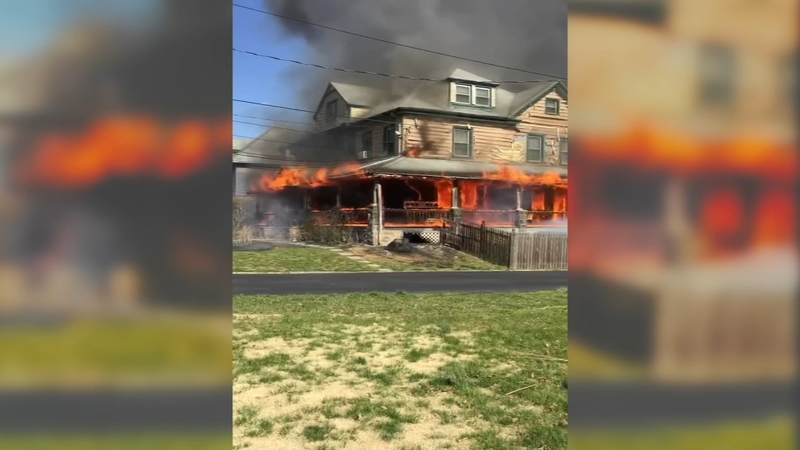 RIDLEY PARK, Pennsylvania (WPVI) -- When a Delaware County apartment complex burned down in April, two police officers took quick action to save four people from inside.

It happened on the 100 block of West Ridley Avenue in Ridley Park.

Video shows the flames engulfing all three floors of the home, but thanks to the officers, the people made it out safely.

On Friday, Officers Michael Hanly and Jason Golden, with the Ridley Park Police Department at the time, were given awards for their heroics tonight at the Delaware County FOP Lodge 27 annual ceremony.

A volunteer fire fighter since he was 16, Hanly ran right in the burning building. His partner waited at the bottom to assist the couple out.

"...he followed in my footsteps. I think he's a very good officer," Marc Hanly said on his son.