Community turns out in support of Schwenksville family devastated by fire 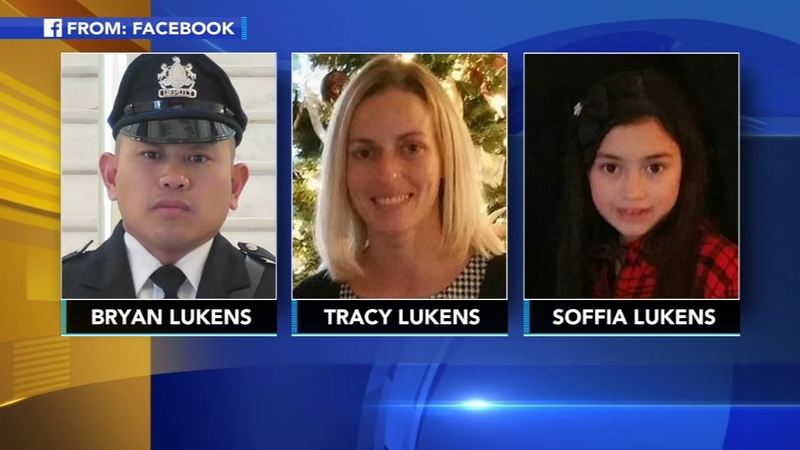 SCHWENKSVILLE, Pa. (WPVI) -- As a family mourns the loss of their two boys in a devastating fire, a community came together to try to help them through this difficult time.

"It's horrible," said Schwenksville Mayor Joe Giunta. "I get choked up just thinking about it."

From the mayor on down, a steady flow of people showed up at the Schwenksville Fire House, bringing cards expressing condolences and cash for the Lukens family.

"You know they have so much to deal with on top of planning their kids' services," said Chris Jones. "Money shouldn't be a worry for them."

The Pennsylvania State Police Fire Marshal has ruled the fire accidental, caused by the electrical failure of an extension cord plugged into a space heater on the porch of the home.

Montgomery County Sheriff's Deputy Brian Lukens managed to get his wife Tracy and 8-year-old daughter Soffia out of the house, but was unable to save their two sons, Bryan Jr., 11, and Parker, 6.

Army war veteran Bill Rubery and his wife Arleen said they will never forget last Veteran's Day, when Bryan Lukens, an Iraqi war vet, brought his two boys over to thank him for his service.

"He said I want you to thank him and tell him we like what you did for us," said Bill.

"And the little fellow, Parker, he saluted Bill," said Arleen. "He just saluted him all on his own."

Many parents brought their children out to the fire house Thursday, with hopes of teaching them an important lesson.

"What matters is that I want them to see the importance of being there for somebody," said

A GoFundMe account set up for the Lukens family has raised more than $230,000 as of time of publication.

People who wish to donate to the family can also send checks to any TD Bank branch made out to the Lukens Family Fund.