UPPER DARBY, Pa. (WPVI) -- Federal authorities are investigating a collision involving two SEPTA trains in Upper Darby, Pa. that sent 33 people, including the operator of one of the trains, to area hospitals.

The incident happened at 12:15 a.m. Tuesday. By daylight, investigators from the National Transportation Safety Board (NTSB)were on the scene.

Authorities say a Route 100 Norristown High Speed Line train was arriving at the 69th Street Transportation Center when it crashed into an empty, stationary train.

Passenger Raymond Woodard told Action News he was coming home from work on the moving train when it struck the other one.

"I heard the train going real fast... like, super-fast," said Woodard. "And I looked up, and I saw that we're at 69th Street and said, 'Why are we going so fast?' And then we just hit the train. Boom! I fell out of my chair, glass from the window shattered, I hit my head. Everybody was on the floor."

Police and medics rapidly converged on the scene and began rushing people out by the dozens.

About 20 ambulances lined the street from 69th Street to Victory Drive along Market Street to transport patients to ten different hospitals.

"We've been through the mass casualty incident response scenario here on prior occasions," said Upper Darby Police Capt. Thomas Johnson. "This one went just like we would've expected, with the plans that we put in place and the plans that we practiced."

Four people had injuries described as serious but non-life-threatening.

Three of those, including the train operator, were taken to Penn Presbyterian Medical Center for treatment. The fourth was taken to Lankenau Hospital.

The remaining patients had injuries described as minor and were taken to local hospitals.

Back at the scene, investigators with flashlights sifted through whatever evidence they could find that would point to the cause of the crash.

This is the second crash in six months involving SEPTA trains at the 69th Street facility. 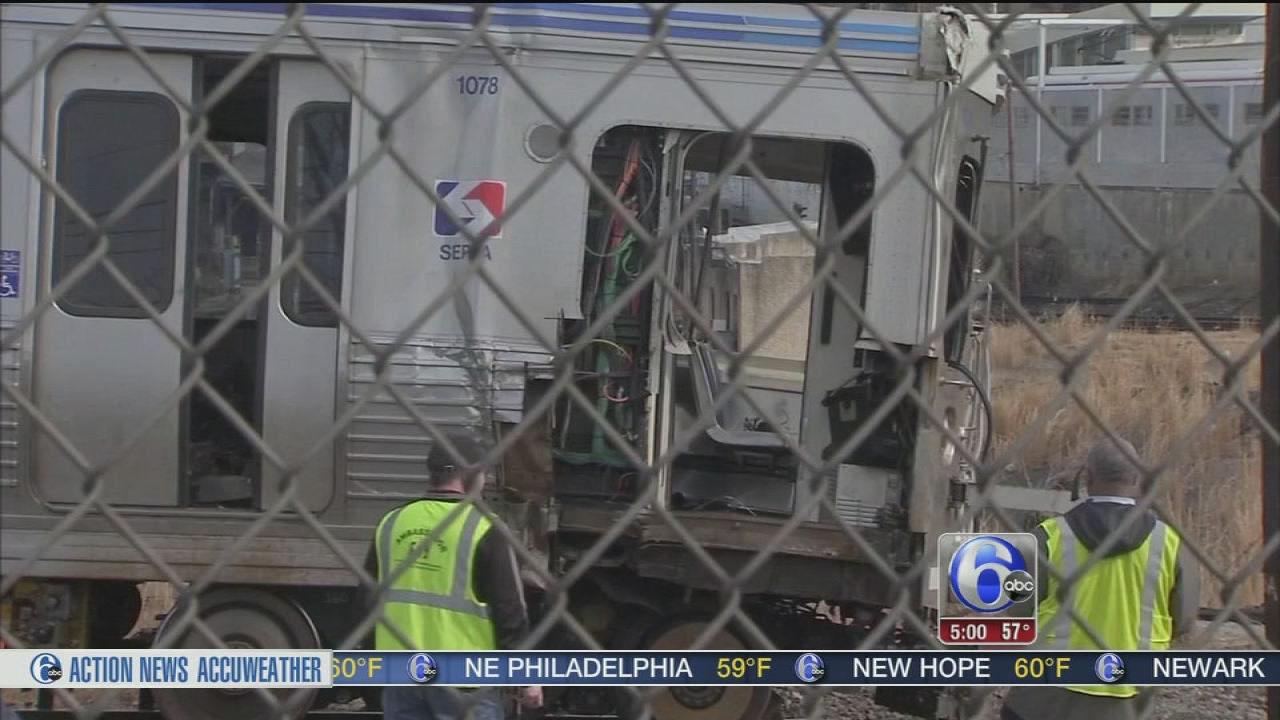 At the time, SEPTA said one train rear-ended another on a loop where trains turn around to get back into service. Cars from that accident derailed and hit a third train on nearby tracks.

Upper Darby Mayor Thomas Micozzie said it's troubling that two train accidents have occurred at the same station in just a matter of months.

"Here I am with two in six months," he told Action News. "Anytime you have that kind of transportation mishap you are looking to find out why. You are looking at... causes and how to correct that in the future."

As for Tuesday's incident, there are reports that prior to the collision, the train failed to make proper station stops at Gulph Mills and Bryn Mawr and had to back up for passengers.

One passenger thinks there might have been a problem with the brake.