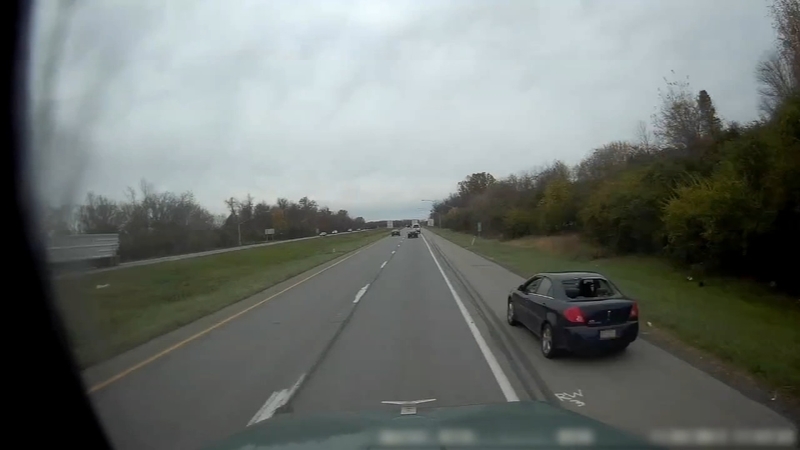 PLAINFIELD TWP, Pa. (WPVI) -- Police have charged a man in the shooting of a Pennsylvania State Police corporal Tuesday in Northampton County.

Officials report the corporal from Troop M in Belfast, Pa, whose name has not yet been released, was shot at least three times.

Authorities said the incident began when the trooper pulled over a 2008 blue Pontiac for speeding around 10:30 a.m. Tuesday along Route 33 near Route 191 in Plainfield Township. A second trooper arrived on the scene shortly thereafter for backup.

Investigators said the man was free to go, but then he flagged the troopers down again and asked about paying the citation. The troopers determined he seemed to be under the influence, and after field sobriety tests, the troopers decided they had enough evidence to arrest the suspect on DUI charges, police said.

"At this point, he begins to violently resist arrest," said Captain Richard D'Ambrosio of the Pennsylvania State Police. "The troopers were in a knock-down, drag out fight along the side of the road."

Somehow the suspect freed himself. State police said he returned to his car, retrieved a gun, and began firing repeatedly at the state police troopers - the corporal was hit.

"One of our troopers was struck several times," said D'Ambrosio. "Our troopers were able to return fire, striking him multiple times as well."

Dash cam video from truck driver Robert Super's vehicle showed Clary's 2008 blue Pontiac with its back window blown out speeding off along Route 33.

Police said the suspect then drove himself to Easton Hospital where, from Chopper 6 HD, we could see his car parked outside the emergency room - the rear window shot out. There, he was taken into police custody. The wounded corporal was airlifted to St. Luke's where he remained in surgery throughout the afternoon.

"Frances and I are praying for this trooper, the family and every member of the Pennsylvania State Police. This senseless act of violence is a reminder of the sacrifices made daily by all our brave men and women in uniform. Across Pennsylvania, our troopers are keeping communities safe by putting themselves in harm's way. We must never forget that. I ask all Pennsylvanians to join us in keeping all those affected, especially the corporal, in their thoughts today."

Earlier Wolf tweeted, "Praying for this trooper and their family. My thoughts are with all of the @PAStatePolice."

Praying for this trooper and their family. My thoughts are with all of the @PAStatePolice. https://t.co/tuolQswz7P