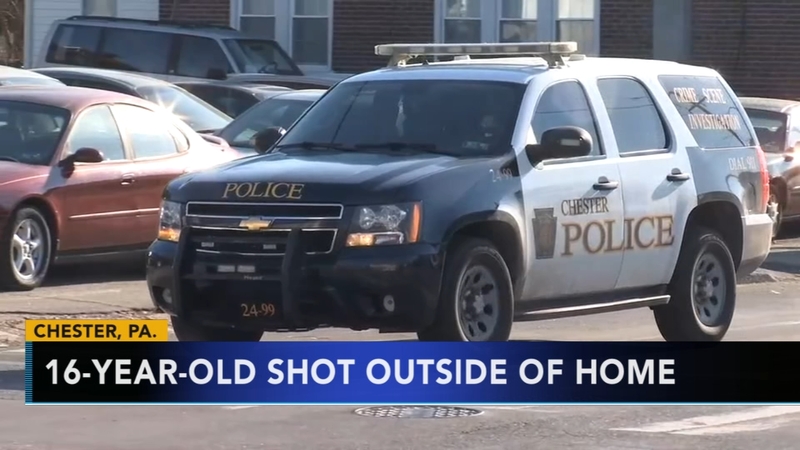 CHESTER, Pa. (WPVI) -- Police are investigating what they say appears to be an accidental shooting in Chester, Delaware County.

Watch video from the Action Cam in Chester, Pa. after a teenage boy was shot on December 21, 2017.

Officers responded to the scene and found a 16-year-old boy who had been shot in the chest.

Authorities say early indications are that the shooting was accidental.

A city official told Action News a group of teens were in the backyard of a home, and they were either displaying or playing with a weapon when it went off.

Watch video from Chopper 6 over Crozer-Chester Medical Center after a teenage boy was shot on December 21, 2017.

Detectives were interviewing witnesses in an effort to determine exactly what led to the shooting.

The injured teen was rushed him to Crozer-Chester Medical Center where we are told he is alert and talking.