Caught on video: Teen charged after running over student near Ridley High School 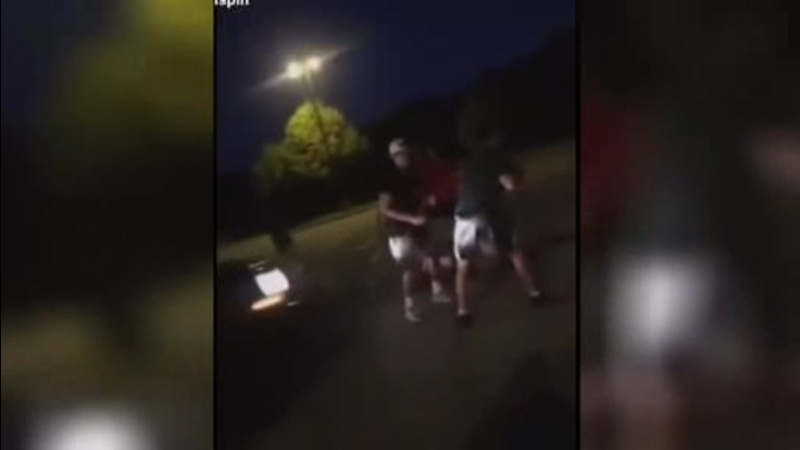 RIDLEY, Pa. (WPVI) -- A teenage driver has been charged after an altercation near a Delaware County high school that was caught on video spiraled out of control.

It happened around 9 p.m. on July 12th in a parking area adjacent to Ridley High School.

Action News is told there was an escalating altercation between some Ridley students and students from a rival district.

A video, lasting only five seconds long, captured what happened next.

A 17-year-old driver of an SUV slammed into several Ridley students and ran over a 15-year-old.

Remarkably, that 15-year-old student was treated and released with only bruises and abrasions.

Action News spoke with Kevin Bateman on Monday. Bateman knows a relative of the 15-year-old and saw the video.

"The one I saw was real hazy, but you could see it. We were shocked. Then when we saw him pop up, we were amazed," Bateman said.

Police say the 17-year-old driver turned himself in the next day and he has been charged as a juvenile.

Within days, the 15-year-old was practicing with his sports team.