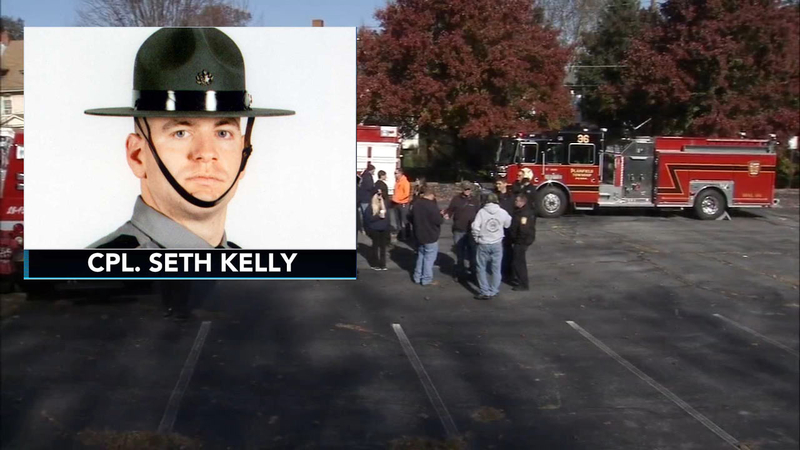 They rode past St. Luke's Hospital where Cpl. Seth Kelly is receiving care.

Representatives from the hospital said Cpl. Kelly was moved to a vantage spot where he could view the silent but colorful tribute.

"It's just to support and tell him we're behind him all the way, to make sure he recovers 100 percent through this," Kummer said.

The first responders say they had to do something for Corporal Kelly.

"Very nice people, friendly, nice to talk to, they wave to you on the road," Kummer said.

Condition of Pa. trooper, shot during gunfight, improving. Watch this report from Action News at 4:30pm on November 10, 2017.

It was last Tuesday morning when Kelly was shot three times on Route 33 in Plainfield Township.

He was responding to help backup fellow Trooper Ryan Seiple for a DUI arrest.

Police said a violent fight broke out between the suspect and the troopers. Then a gunfight erupted and Kelly was shot.

The suspect, 22-year-old Daniel Clary, was also shot and drove himself to the hospital.

Clary remains hospitalized under guard until he can be taken to jail.

Cpl. Kelly has undergone surgeries and is said to be on the road to recovery.