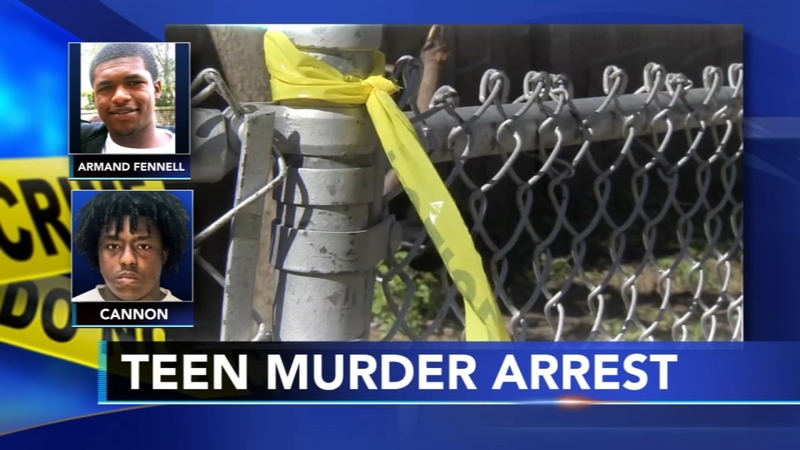 UPPER DARBY, Pa. (WPVI) -- A man is now charged with the murder of an Upper Darby High School student earlier this summer.

Police say 21-year-old Deshawn Cannon shot 17-year-old Armand Fennell back on July 7 outside of a party on the 500 block of Glendale Road.

"The motive at this time appears to be a robbery," said Capt. David Madonna of Upper Darby police.

Police say Cannon was at the party, then tried to rob Armand. When Armand fled, he was shot in the back and left to die on the street.

17-year-old shot and killed during party in Upper Darby. Bob Brooks reports during Action News at Noon on July 8, 2018.

At first, no witnesses came forward but after repeated efforts to find information police got sufficient tips to lead them to Cannon.

The victim was said to have been an active and dedicated volunteer in the community, said Mayor Thomas Micozzie.

"When I say dedicated, he was involved in many aspects of our community. At the vigil I told the mom we would not rest until we found his killer," he said.

Cannon is currently in a Philadelphia prison on an unrelated gun charge.