Military helicopters bring out the curious in Lehigh Valley 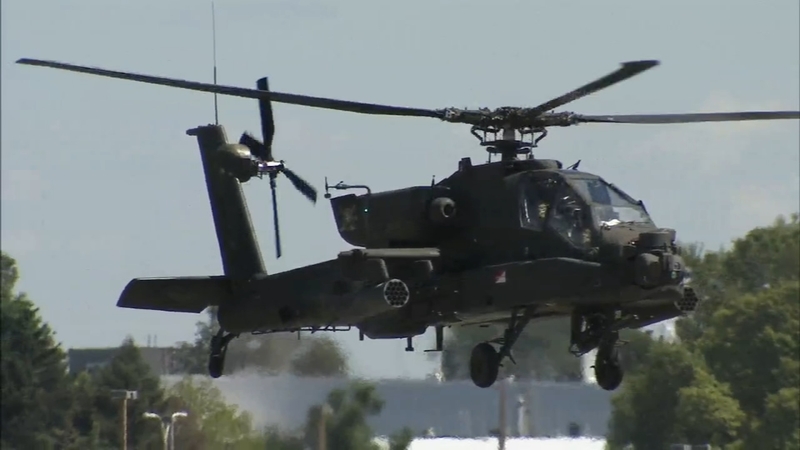 HANOVER TWP., Pa. (WPVI) -- It was a busy day for aircraft spotters in the Lehigh Valley.

For hours, a steady stream of aviation enthusiasts stopped their cars. Many got out and gathered at a perimeter fence that surrounds a portion of the Lehigh Valley International Airport.

They focused on 23 US Army helicopters that were arriving two to four at a time, taking on fuel and then departing.

The military aircraft were being moved from Fort Drum in New York to an unidentified port along the East Coast for shipment and later deployment to Afghanistan.

Nicholas Toto of Macungie, Pa. came to watch and take pictures using a telephoto lens. Toto, a student pilot, indicated it was unusual to see so many military craft at one time at LVI airport.

Truck driver Casey Stengel told us he saw the group gathered at the fence and decided to pull over to see what was going on.

When he got out and saw the helicopters it triggered strong emotions.

Stengel said he was in the Marine Corp in the 1970's. He told us "it brings back memories, lot of memories."

Once in Afghanistan the helicopters and their crews are to be part of a counter-terrorism mission.