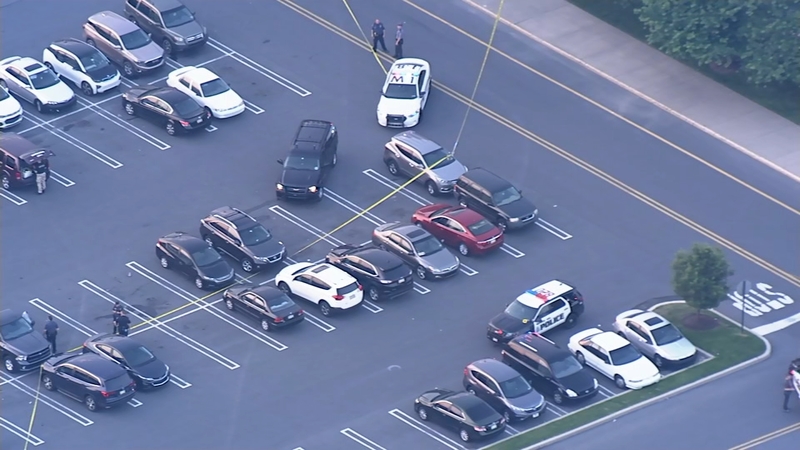 WHITEHALL TWP., Pa. (WPVI) -- Authorities say a gang member has been charged in a double shooting at the Lehigh Valley Mall in Allentown, Pa. last month.

19-year-old Miles Harper of Bethlehem was taken into custody on Thursday. He is facing a number of charges including attempted homicide, the district attorney's office said.

The gunfire erupted after a fight outside the Macy's store on the evening of June 1.

One of the victims told police he was in an altercation with Harper, and others joined in.

However, upon seeing a handgun, the victim began to run into the parking lot but was shot.

The other victim said he was trying to help his friend during the fight and was also shot when he ran into the parking lot.

Harper is a member of the "Money Rules Everything" local street gang, according to the district attorney. One of the victims is allegedly a member of a different gang