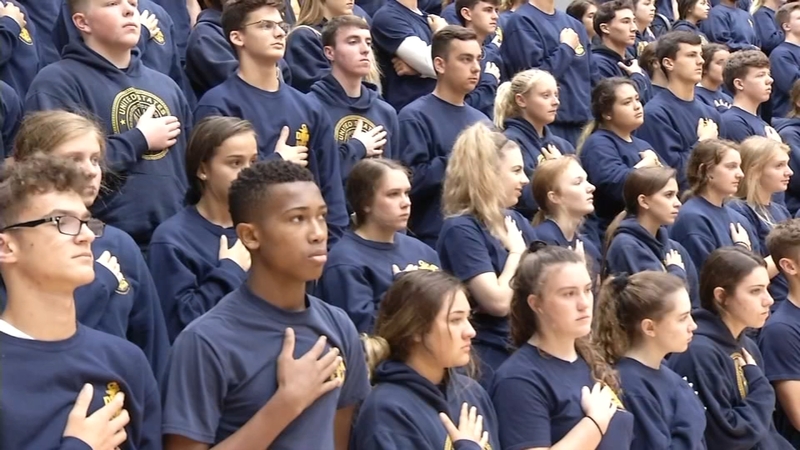 In communities all across our area, remembrance ceremonies were held to honor and remember the innocent lives lost 17 years ago.

At Western Montgomery Career and Technology Center in Limerick, firefighters and police offers were present as military personnel marched in formation and the color guard raised the flag.

The morning took a somber tone at the Delaware Military Academy for their annual 9/11 ceremony.

Delaware Military Academy student, Eugene Asare said, "We just really want to show those people's families that we still think about them today."

The event honored those who died on 9/11 and the thousands who have died fighting for our country since then.

U.S. Senator Chris Coons said, "9/11 was a critical day in our nation's history. Both for one of the most terrible terrorist attacks in modern history but also a day when tens of thousands of Americans, rushed toward the danger and the disaster."

Former 6abc reporter Nora Muchanic was the keynote speaker at a prayer service held at the 200 Club of Burlington County. She shared her experience covering the tragedy as a reports and how it impacted her.