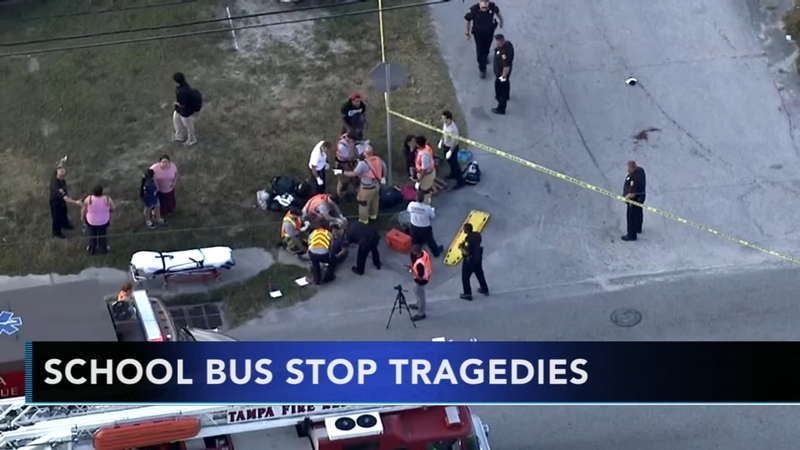 There have been a series of tragic incidents involving children waiting in the early morning darkness for the school bus to arrive.

A 7-year-old boy who was waiting at a school bus stop in central Pennsylvania was struck and killed Thursday morning.

The driver of the car told police in Huntingdon County he didn't even realize it had happened.

Five children and two adults in Tampa, Florida were injured Thursday when they were hit by a car. Authorities say two children were seriously injured in the crash. The other five victims suffered minor injuries.

Police say the driver, Brian Darnell West, is in custody and the crash is under investigation.

These incidents follow the death of a 9-year-old child in Mississippi on Wednesday.

KTRK-TV reports, officials say Dalen Thomas was walking across a highway in northeast Mississippi when he was hit by a pickup around 6:30 a.m. Officials say 22-year-old Hunter Newman was the driver of the truck. He's been charged with aggravated assault.

A 9-year-old girl and her twin 6-year-old brothers were struck and killed by a pickup truck as they crossed a northern Indiana road to board a school bus before sunrise Tuesday, police said.

Officials said the pickup's driver, Alyssa Shepherd, 24, of Rochester, was arrested and charged with three counts of reckless homicide and one misdemeanor count of passing a school bus when arm signal device is extended, causing bodily injury.