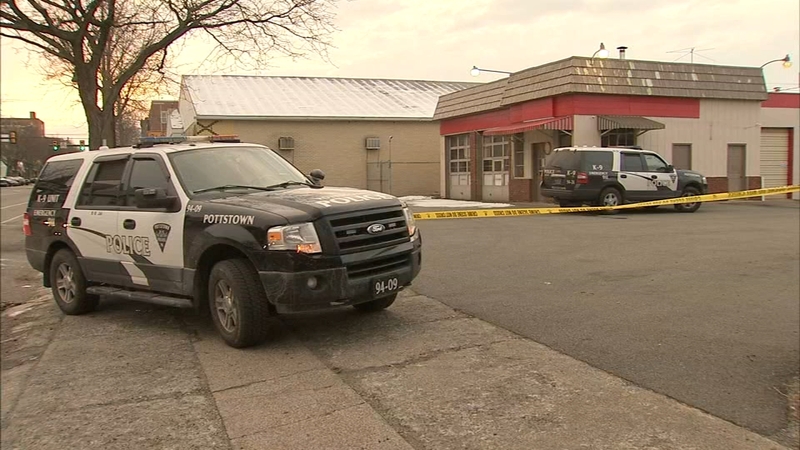 POTTSTOWN, Pa. (WPVI) -- Montgomery County authorities confirm they are investigating a police-involved shooting in Pottstown that left one person dead.

It happened at 11:25 p.m. Thursday in the unit block of East High Street.

Police were called to a home to check on a person reported to be suicidal. Officers were informed that the man had posted photos online of himself holding a gun to his head, threatening to harm himself.

When officers arrived, authorities say, they were confronted by a person and a shot was fired.

Levi Daugherty of Pottstown said he saw the incident unfold.

"I was coming around the corner, and I saw cops," he told Action News. "I saw...he was holding like a BB pistol and they told him to put it down but he wouldn't so they just shot him."

"They gave him tries but he wouldn't put it down so they shot him," Daugherty added.

The person confronting police was hit in the face, taken to Reading Hospital and pronounced dead.

Neighbors say they knew the victim well and that that person had been having difficulty after losing a parent.

"He's had some personal issues the last couple months his father passed away," said Karen Liverman. "They were really close. I mean if that's the case, there (were) a lot of underlying emotional issues going on."
"You never know," said Omar Andrews. "Put a good smile... on the outside, but on the inside you're being eaten up."

Authorities say a gun was recovered at the scene.

The incident remains under investigation by the Montgomery County District Attorney's Office.