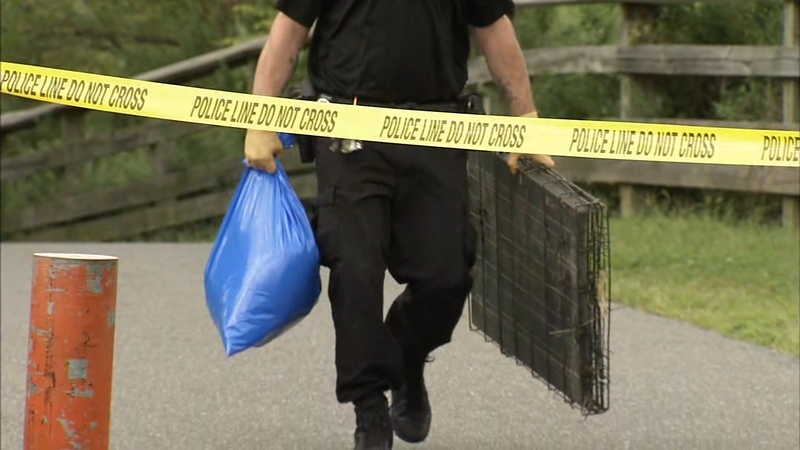 PHILADELPHIA (WPVI) -- The Pennsylvania SPCA is leading the investigation into the death of a dog in South Philadelphia.

Construction workers discovered the dead animal in a cage in a wooded area near the Walmart on Christopher Columbus Boulevard Tuesday afternoon.

SPCA officials say they don't know exactly what breed the dog was or how old. They say it was severely decomposed.

Due to that fact, investigators say it's going to take some time before they can determine if the dog was tortured or starved before it passed away. They say at this point it's possible the dog died of natural causes.

Investigators also say they're not sure if the dog died in the cage by the Walmart or died somewhere else, then was left there by an owner.