Human remains found in Philadelphia; could be tied to 2003 missing person case 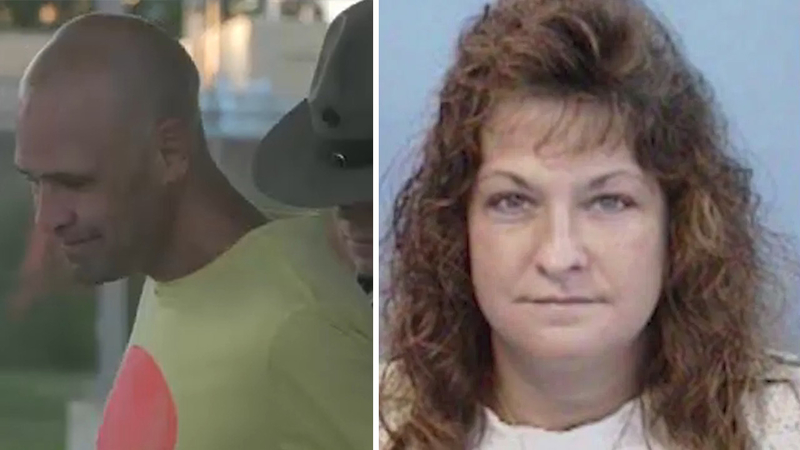 Human remains found in Philly; may be tied to missing person case

PHILADELPHIA (WPVI) -- Pennsylvania State Police say human remains have been discovered in Philadelphia and it could be tied to a missing person case back in 2003.

The discovery was made on Monday around 3:30 p.m. at the Safeguard Self Storage facility in Northeast Philadelphia--almost 200 miles away from where the victim was last seen.

Action News was there as state police transported 49-year-old Jade Babcock from the Belmont barracks to jail.

Babcock was arrested for his alleged connection to the discovery of the remains.

State police have not released her identity but confirmed they got a fresh tip this week about a missing person investigation from 2003 out of Montoursville, Lycoming County. 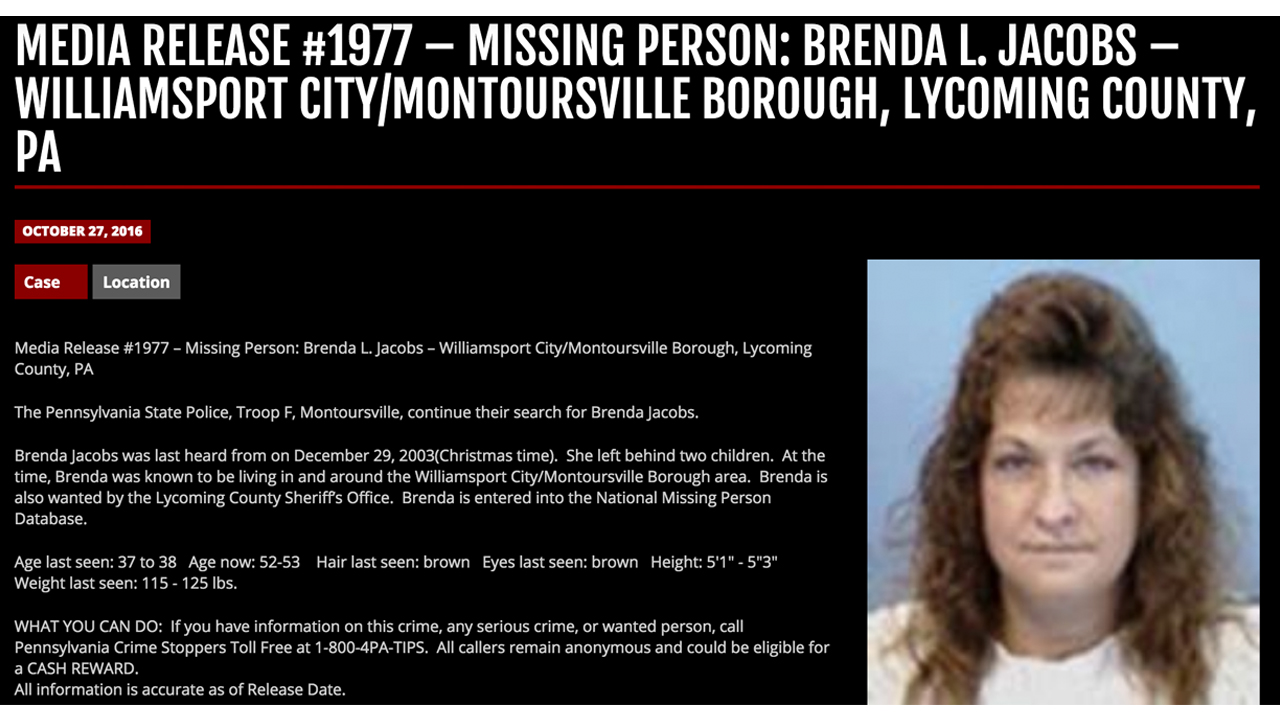 According to Pennsylvania Crime Stoppers, Brenda Jacobs from Montoursville has been missing since 2003. Authorities have not identifed the remains at this time.

Action News obtained surveillance video of a trooper arriving with his K9 and heads back to the storage units. Minutes later, investigators swarm the warehouse.

"We saw the medical examiner's office pull up so we knew something was going on over there. There were state troopers and detectives and they were going in and out," said Catherine Daily.

Watching the flurry of activity, Catherine Daily lives across the street.

"It's scary! Having a dead body across the street from you and you don't know how it got there, who put it in there," she said.

Some customers now worried how this could have gone undetected.

"It's hard for them to see, to check the actual units because you have your own key," said Nelsa Jiminez. "Only the person who owns that right now has the key to that unit."

It's not immediately clear if Babcock was the one renting that storage unit, how long the corpse was there, but the grisly discovery is rattling for those who live and work nearby.

"I can not believe it. OMG. how can someone put somebody in a storage area? That's crazy!" said Bedrid Pasholoi.

#NOW @PAStatePolice transport 49 year old Jade Gillette Babcock to prison. He’s accused of abusing a corpse among other charges. State police got a tip involving a missing person investigation from 2003 out of Montoursville, Pa. The corpse was found in a storage facility @6abc pic.twitter.com/5jJ3YTQVJF